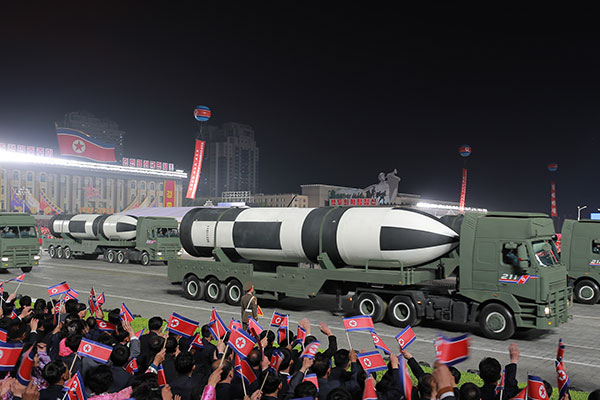 North Korea employed an array of rhetoric to praise its leader Kim Jong-un following its military parade on Monday marking the 90th anniversary of the founding of the Korean People's Revolutionary Army.

Rodong Sinmun, the official newspaper of the North's ruling Workers' Party, lauded and idolized Kim in a report released on Wednesday.

The daily said the military personnel that took part in Monday’s parade had the highest honor of being inspected by Kim, which the paper described as "extraordinary."

The report said the North exists today thanks to Kim, with his genius foresight, remarkable leadership and incomparable courage.

Meanwhile, the paper described the outfit Kim wore to the military parade as “head-of-state attire,” reaffirming that Kim’s rank remains “head of state.”