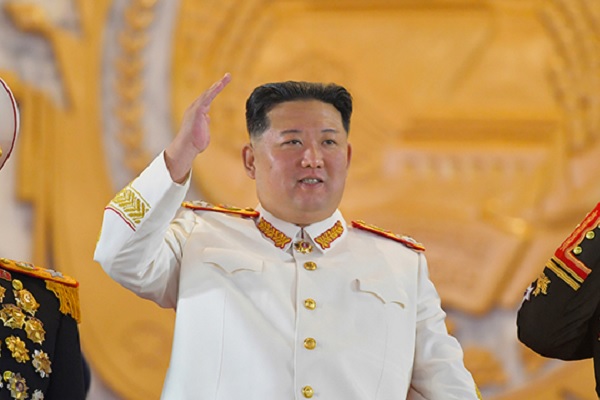 North Korean leader Kim Jong-un has reportedly called on the North Korean military to bolster its strength to annihilate the enemy.

According to the North's official Korean Central News Agency(KCNA) on Friday, Kim made the call on Wednesday in a photo session with the participants of a massive military parade held on Monday.

During the session, Kim reportedly said the parade displayed the modernity, heroism and radical development of the armed forces and their unrivaled military and technological superiority.

The KCNA said Kim also stressed the need for all service personnel in the entire army to bolster its strength in every way to annihilate the enemy.

The participants of the photo session reportedly included the North's top military officials Pak Jong-chon and Ri Pyong-chol, the latter of whom was seen at the parade after being dismissed in July last year.

North Korea staged a massive military parade on Monday evening to mark the 90th anniversary of the foundation of the Korean People's Revolutionary Army, displaying its latest missiles including its largest intercontinental ballistic missile, the Hwasong-17, and a recently tested hypersonic missile.