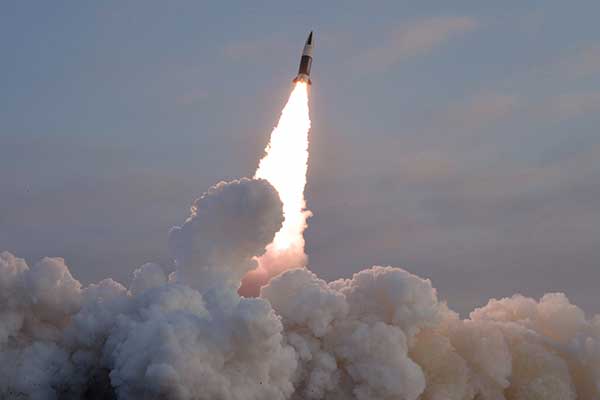 North Korea fired a ballistic missile from the Sunan area in Pyongyang toward the East Sea at 12:03 p.m. on Wednesday, according to South Korea's Joint Chiefs of Staff(JCS).

The JCS said the missile flew 470 kilometers with a maximum altitude of 780 kilometers and top speed of Mach Eleven.

Military officials in Seoul said Pyongyang's continued ballistic missile launches pose a grave threat to peace and stability on the Korean Peninsula and around the world. They urged the regime to immediately stop the provocations which are blatant violations of UN Security Council resolutions.