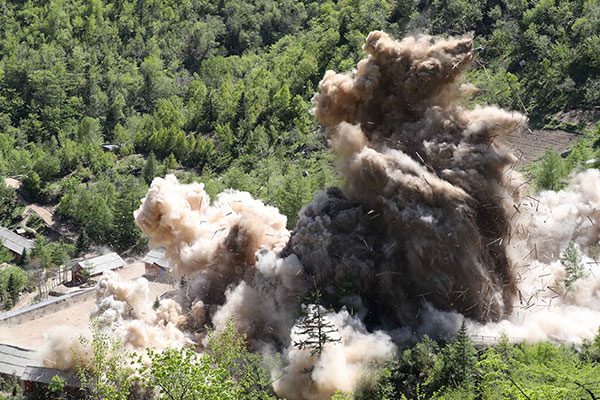 Satellite imagery has shown renewed activity at North Korea's Punggye-ri nuclear test site following recent reports that the regime appears to be restoring the site, with efforts concentrated on the tunnels.

38 North, a U.S.-based monitoring group, posted commercial satellite imagery from May 4 that point to activities near the command center at the site, noting a parked cargo truck in front of the headquarters building for the first time since the restoration of tunnel number three began.

The analysis agency explained that the recent bridge restoration and other roadworks nearby as well as the excavation around tunnel number three have indicated that the regime has long-term plans for the site.

The regime had staged an international media event in 2018 to blow up the tunnels as part of a self-imposed moratorium on nuclear tests.