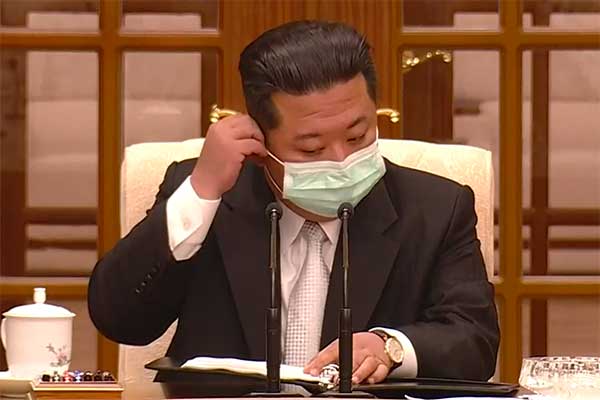 North Korea has confirmed its first COVID-19 death, a day after admitting its first case of the virus and ordering a lockdown of cities and counties.

According to the North's official Korean Central News Agency(KCNA) on Friday, the national emergency quarantine command reported 18-thousand cases of fever and six deaths, including one from COVID-19, the previous day.

The deceased tested positive for the stealth omicron variant.

The KCNA said leader Kim Jong-un visited the quarantine command on Thursday and received the report.

It said the country has seen a soaring number of unknown fever cases nationwide since April, totaling around 350-thousand in that short period of time, with 162-thousand now fully recovered.

About 187-thousand people are receiving treatment in isolation.