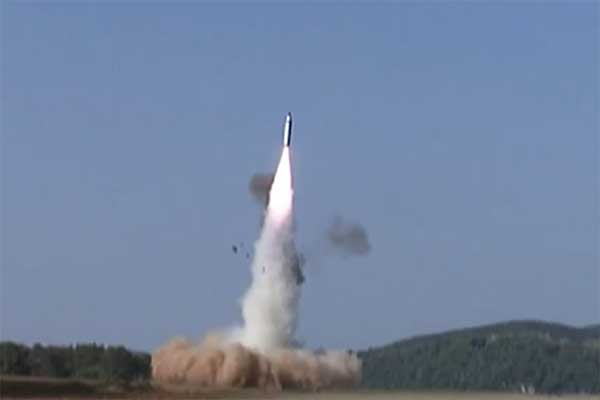 The JCS said on Thursday that it detected missiles launched at around 6:29 p.m., adding that they flew 360 kilometers with a maximum altitude of 90 kilometers and a top speed of Mach Five.

Intelligence authorities of South Korea and the U.S. are analyzing the details of the launches.

The missiles are presumed to have been launched from what the North calls a super-large multiple rocket launcher at intervals of about 20 seconds.

The launches were the North’s 16th act of provocation this year and the first since the inauguration of South Korean President Yoon Suk Yeol on Tuesday.

Right after the launch, JCS Chairman Won In-choul held phone talks with Paul LaCamera, the chief of the South Korea-U.S. Combined Forces Command, to share information on the firing and reaffirmed their efforts to maintain a firm combined defense posture.