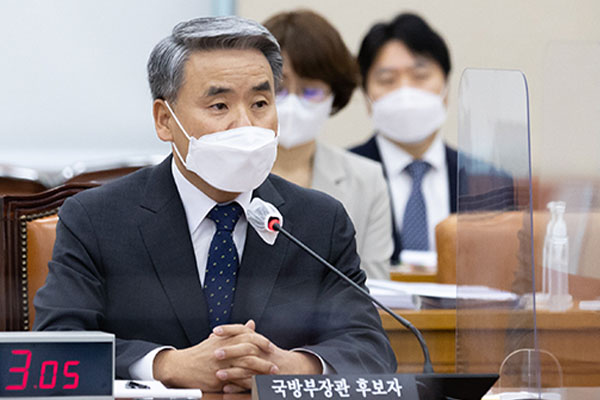 Minister of Defense Lee Jong-sup assessed that North Korea has completed many aspects of its preparation for a seventh nuclear test, but refrained from predicting its timing.

At a meeting of the parliamentary defense committee on Tuesday, Lee said that Pyongyang has made considerable progress in its preparations, but added that it would be restrictive to conclude that preparations are complete.

When asked whether the COVID-19 outbreak in the regime could affect the timing of the test, the minister declined to make projections.

When asked if humanitarian aid to the North is on the table even if it conducts a nuclear test, Lee initially said the Yoon Suk Yeol government maintains such a stance.

The minister quickly backtracked, however, saying that the government has yet to make official its position after some main opposition Democratic Party lawmakers slammed what they perceived as hypocrisy from Yoon, who had been critical of his predecessor's friendly modus operandi in the past.