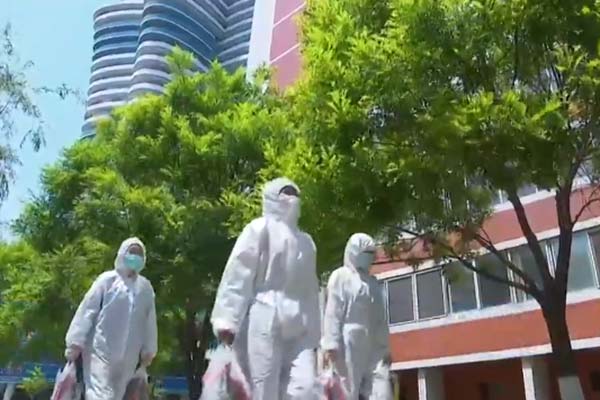 According to figures provided by the North, the number of people found with fever have remained in the 200-thousand range for four days since peaking at nearly 400-thousand on Sunday.