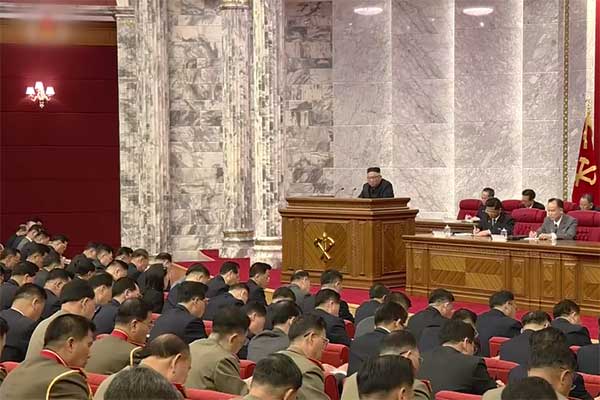 North Korea convened a major party meeting led by leader Kim Jong-un, at which it can possibly make decisions on a seventh nuclear test.

The North's official Korean Central News Agency(KCNA) said on Thursday that the fifth plenary meeting of the party's eighth Central Committee was held the previous day.

The KCNA said that in the meeting presided over by Kim, the participants unanimously approved the agenda presented for discussion, the details of which were not mentioned.

The report said the plenary meeting launched a discussion of the agenda amid high political enthusiasm from all the participants who are fully aware of their important duty in the historic struggle for prosperity and the development of the country and the people's wellbeing.

During the party's politburo meeting in December, the North said it would hold a plenary meeting of the ruling party in June to review state affairs for this year and make decisions on "a series of important issues.”

South Korea and the U.S. have both stated in recent days that they believe preparations for the North's seventh nuclear test are complete, and such a test could be conducted at any time.