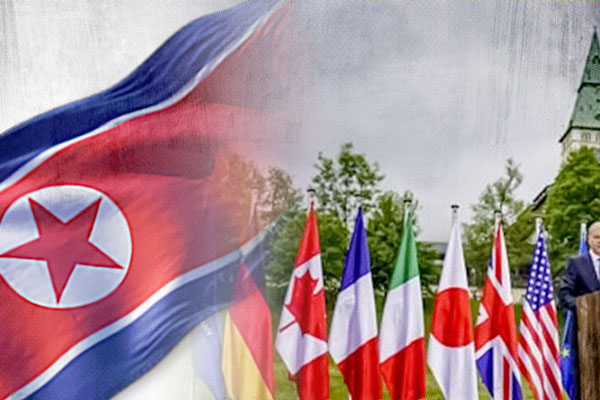 North Korea has protested the Group of Seven(G7) leaders' denunciation of its missile launches and defended the act as exercising its legitimate right to self-defense.

According to the North's Korean Central News Agency(KCNA), Jo Chol-soo, head of the foreign ministry bureau on international organizations, said that stepping up self-defense is a justified, legitimate action to defend sovereign rights and interest against the threat posed by the U.S., the world's largest nuclear power and a destroyer of global peace and safety.

Referring to the U.S., Jo said the country spends an astronomical amount of money in developing and selling murderous equipment and does not hesitate to transfer nuclear technology in order to realize its hegemonic ambitions.

The official said the aristocratic G7 group has no right whatsoever to call itself a defender of human rights and global order or lead the international community and give instructions to other countries.

Jo said the G7 has created double standards and for them to tell others to do this and that is mockery and an insult.

In a joint statement following a three-day summit in Germany this week, leaders of the seven advanced economies said they strongly condemn North Korea's continued and illegal ballistic missile test launches and urged the regime to resume dialogue toward a complete denuclearization.