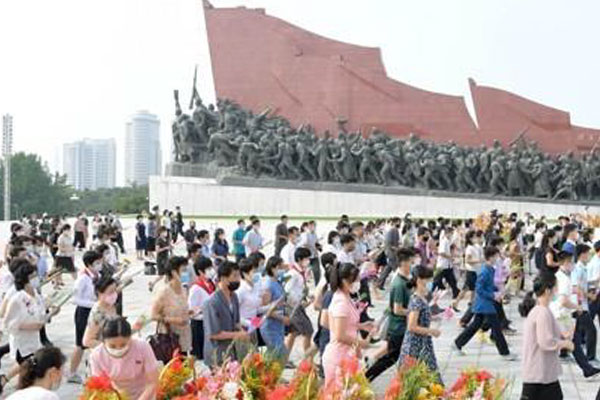 North Korea has begun to cultivate an atmosphere of remembrance of the late regime founder, Kim Il-sung, ahead of the 28th anniversary of his death on Friday.

The ruling Workers' Party mouthpiece, the Rodong Sinmun, emphasized on Wednesday that the late founder laid the foundation for the North's independent economy and self-reliance.

Despite pressure from the former Soviet Union and China during the Cold War to join the Council for Mutual Economic Assistance that comprised the Eastern Bloc countries, the paper said Kim pursued the path toward an independent economy.

Crediting Kim for allowing the nation to overcome economic challenges and sanctions imposed by imperialists, the paper said the regime is not afraid of facing international sanctions as it has always been subject to them.