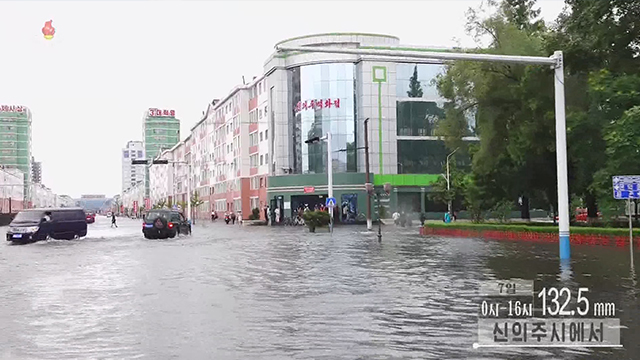 North Korean media says a heavy flood alert has been issued for Sinuiju in North Pyongan Province near the border with China.

The North’s Korean Central Television reported on Friday that the flood warning applies to areas in Uiju county and Sinuiju city and called for thorough safety measures to prevent flood damage from affecting all areas of the economy including agriculture.

The highest-level alert has been issued of the three-tier system operated by the North's state weather agency in accordance with hourly precipitation.

Downpours have already paralyzed roads in Sinuiju as, according to state media, the city saw over 132 millimeters on Thursday alone, 41 percent more than this year's previous record set on June 27.