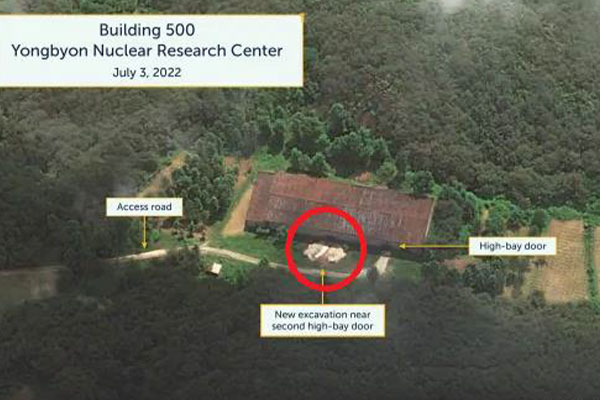 Beyond Parallel made the assessment on Monday based on a satellite image obtained on July 3.

The group said the activity was seen on the west side of a facility called Building 500.

The international community has kept a close eye on the building since it was confirmed in 1993 that the North uses the building to store radioactive and toxic waste produced at the center’s Radiochemistry Laboratory.

The group speculated that “among the potential reasons for this activity are to address structural issues or leakage from the building, an effort to reopen access to the building to accommodate new waste from the Radiochemical Laboratory, or as part of a strategic deception plan.”