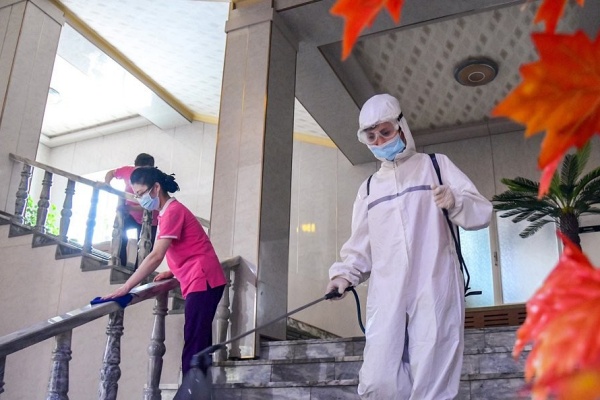 North Korea claimed that its fever-related daily cases suspected to be COVID-19 stayed below 200 for a second day.

The North's official Korean Central News Agency(KCNA) reported on Friday that around 140 new fever-related patients were confirmed in the 24-hour period leading up to 6 p.m. Thursday nationwide.

Quoting the nation's state emergency epidemic prevention headquarters, the KCNA said that about 170 patients recovered during the same period.

Cumulative cases in the North compiled since late April grew to over four-point-77 million, with North Korean authorities claiming that 99-point-99 percent of them have fully recovered.

However, many experts say Pyongyang's statistics lack credibility as the number of deaths is far too low considering the reported caseload.

Meanwhile, the KCNA said North Korea is pursuing a project to develop a testing method for monkeypox, a rare viral disease that is usually found in parts of Africa but has been seen in other areas of the world in recent months.