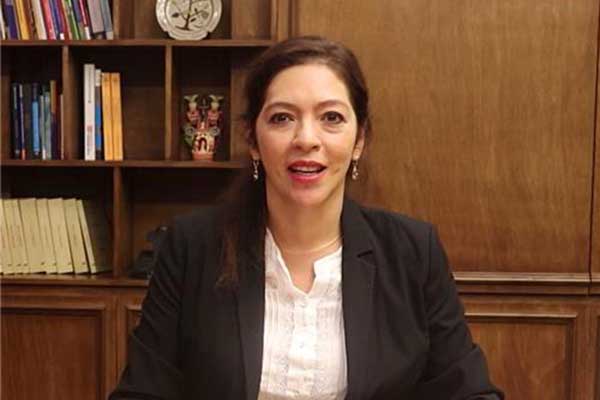 In a press conference in Seoul on Friday, Salmón issued the stance when asked whether it was appropriate for the former Moon Jae-in government not to accept North Korean fishermen who expressed their desire to defect to the South in 2019.

She said it was definitely a matter of concern, whoever made the decision. She added that she will continue to look into the case, stressing that the Seoul government should respect the principle of prohibiting any forcible repatriation.

Regarding a South Korean law that bans civic groups from sending anti-Pyongyang leaflets across the border into North Korea, Salmon said there is room for reconsideration, adding that it is necessary to examine the law in more detail.

On North Korea’s recent diatribe directed against her, Salmón said she still expects cooperation with North Korea. Pyongyang’s foreign ministry spokesperson earlier called her a “puppet of the U.S.”

During her eight-day visit that began last Saturday, Salmon met with high officials in Seoul including foreign and unification ministers, North Korean defectors and officials of civic groups dealing with North Korean issues.

On Saturday, the last day of her stay in Korea, she plans to meet the bereaved family of Lee Dae-jun, a South Korean fisheries official who was shot and killed by North Korean soldiers at sea in 2020.