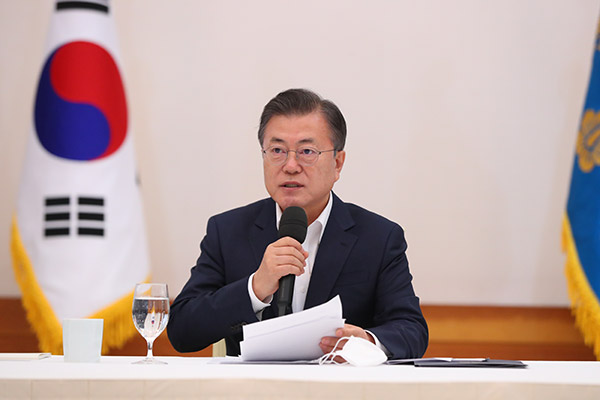 A survey showed that six out of ten South Koreans are against President Moon Jae-in traveling to Japan during the Tokyo Olympic Games.

The disapproval rate was highest among people in their 40s, with 71-point-five percent voicing opposition.

Disapproval was seen in various groups regardless of party affiliations.

The survey, commissioned by YTN, had a confidence level of 95 percent, with a margin of error of plus or minus four-point-four percentage points.
List
TOP