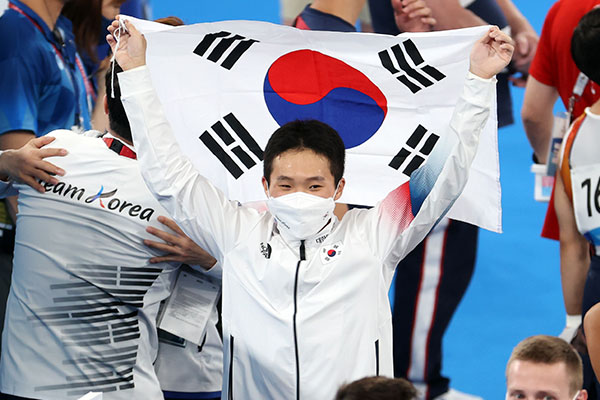 Shin had a final score of 14-point-783 after two vaults in the final held at Ariake Gymnastics Centre in Tokyo and tied with Denis Abliazin of the Russian Olympic Committee, who received the silver medal.

Shin had a higher difficulty score on his first vault of six-point-zero, which gave him the gold.

Yang Hak-seon was the first South Korean to win an Olympic gold in gymnastics at the 2012 London Games, also winning in the men’s vault final.
List
TOP