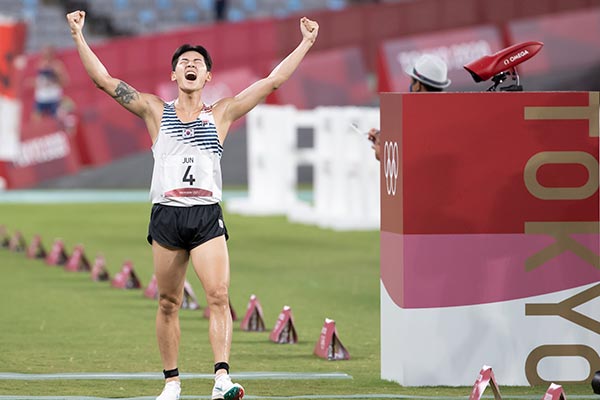 Team Korea's Jun Woongtae won the country's first ever medal in the modern pentathlon since it first competed in the event in 1964.

The previous record for South Koreans in pentathalon at the Olympics had been 11th place, held by Kim Mi-seop in 1996, Jung Jinhwa in 2012, and Kim Se-hee in the women's event held a day earlier.

Modern pentathlon is an event where athletes take part in fencing, swimming, riding, running and shooting all in one day.
List
TOP