National Team Departs for Tokyo to Compete in 2020 Paralympics 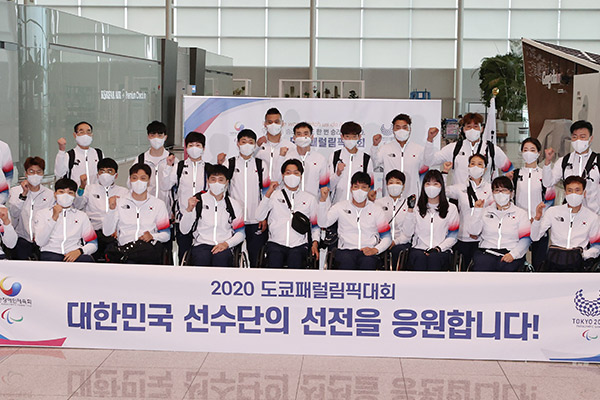 The national team competing at the 2020 Tokyo Paralympics left for the Japanese capital city on Wednesday.

Out of the 159-member delegation, including 86 athletes, the first group of 45 athletes in swimming and table tennis departed from Incheon International Airport. Seven additional groups are scheduled to depart from Thursday through August 30.

Korea Paralympic Committee(KPC) President Jung Jin-owan said the national team will attempt to give their best performance following the excitement of the Olympic Games.

The national team is seeking to win four gold medals and competing in 14 disciplines. The Tokyo Paralympics will open next Tuesday and run through September 5.
List
TOP