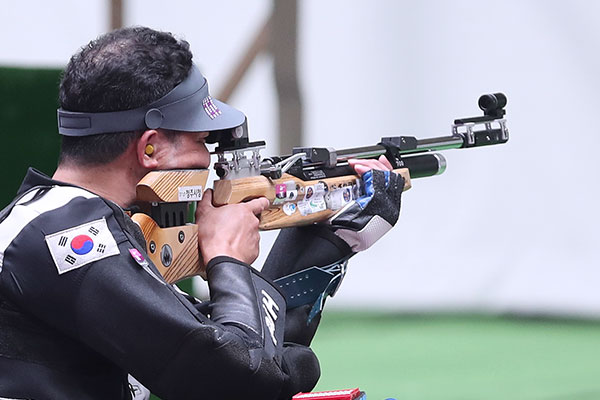 South Korea narrowly lost the gold medal in the final match of the mixed ten-meter air rifle prone Class 1 at the Tokyo Paralympics.

Park Jin-ho scored 253 points at Asaka Shooting Range on Wednesday to win the silver medal, losing out to German shooter Natascha Hiltrop by only one-tenth of a point.

The 44-year-old shooter, who already won the bronze in the men's ten-meter rifle standing Class 1 on Monday, had promised to win a new medal in the mixed event.

Entering with a record preliminary score of 638-point-nine, Park went back and forth between first and second position until his 22nd shot, during which he dropped to second and stayed there.

In rifle events, Class 1 means the participants can support the full weight of the rifle themselves. As a rifle is held with both hands, athletes in this class have an impairment in their legs.
List
TOP