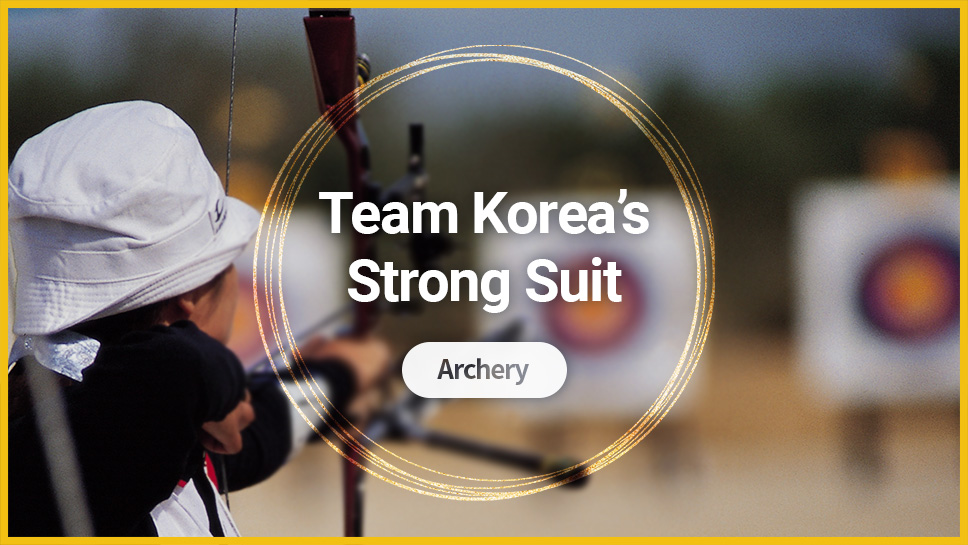 # With the addition of the mixed team event, Team Korea aims to sweep all five gold medals

After winning three gold medals at the 1988 Seoul Olympics, the national archery team went on to win three golds each at the 2000 Sydney, 2004 Athens and 2012 London Games. At the 2016 Rio Games, the country won all four gold medals in the men and women’s individual and team events, setting a record of sweeping gold medals in archery.

In Tokyo, there will be five gold medals up for grabs after a mixed team event was included. Team Korea will seek to reclaim another sweeping victory.

A total of six athletes will represent South Korea in Tokyo - Kim Woo-jin, Oh Jin-hyek and Kim Je-deok in the men’s events, and Kang Chae-young, Jang Min-hee and An San in the women’s events.

The ambitious rookie is determined to bring about an unexpected outcome. There is no doubt about the 17-year-old’s world-class abilities, as he beat Olympic champ Kim Woo-jin to claim victory in the individual event at the Asia Cup held in early June.

3. The Women’s Team, which Includes a World Record Holder

Kang Chae-young, the oldest female member of the national team, holds a world record. Kang set these records at the 2019 World Championships, scoring 692 in individuals and 1388 in mixed team.

The world record meant a lot more to Kang, after she was pushed back to fourth place by one point and eliminated in the 2016 Rio Summer Olympics national qualifiers. That incident made her stronger and the 25-year-old ranked first in the final second round of Tokyo Olympics national team qualifiers to finally win her first Olympic ticket. She is also the team leader and the oldest among female members.

Kang has a lot more on her shoulders, especially since South Korea has never lost in women’s team event since the 1988 Seoul Olympics. About competing in the Olympics, she said she wants to enjoy the contest of her dreams, despite the burden of vying for a ninth consecutive victory.

Fellow archer Jang Min-hee is reportedly less affected by wind direction, thanks to the strength of her bow. The youngest member An San is assessed to have strong mentality, which is considered crucial in the event.

The gold medal match for the mixed event will be held a day after the opening ceremony on July 24, which is why there is rising expectation that South Korea’s first gold medal in Tokyo will come from archery.

Park Chae-soon, the national archery team coach, has decided to pick athletes who perform well in the men and women’s individual preliminaries on the opening day to compete in the mixed team. This means whoever has the best condition on the day of competition will be given the important mission. This is likely because climate on the day of the match and the situation on the field are considered to be big variables in archery.

Because of this, the archery team trains in diverse environments. They conduct exhibition games inside baseball stadiums where there is a lot of noise, or physically prepare for different variables, by training via underwater diving or night time marching.

The national team has created a set inside the Jincheon National Training Center that is a replica of the Yumenoshima Park Archery Field where Olympic archery games will be played for repeated simulations. Last month, the national team reportedly took part in special training on Jaeun Island off Shinan, South Jeolla Province, which has a similar climate and environment as the Yumenoshima Field.

The national team has to train in such a way because South Korea is viewed much like the public enemy in archery at the Olympics. Rules have been changed to keep the country in check.

Such training has been greatly effective since our athletes’ mentality is the factor that ultimately determines what medal the country will bring home.