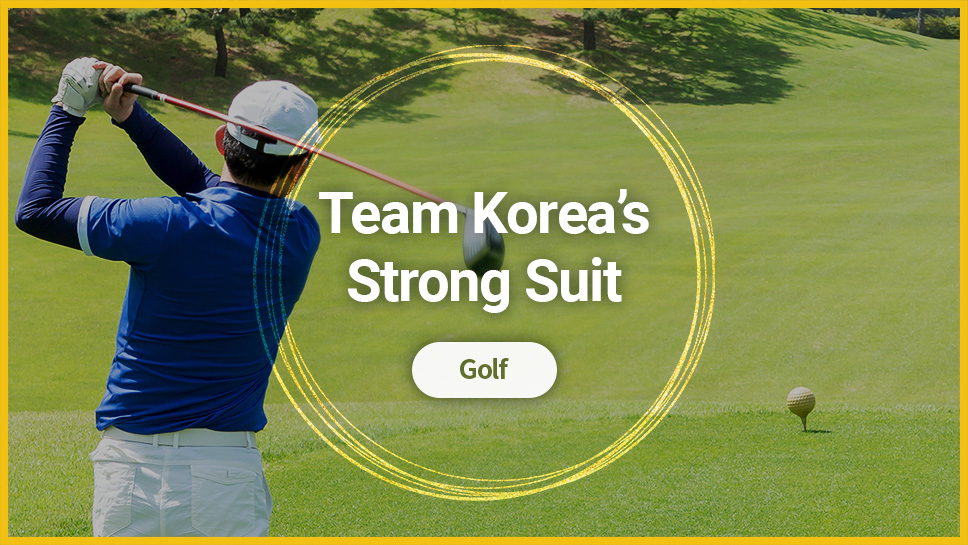 # Women’s Golf, an event where it’s just as hard to make the national team as archery, aims to win gold again. Who and what are they up against?

Another event - other than archery - that is known to be more competitive in the national team qualifying stage, is golf. Especially so is women’s golf, as the nation highly expects a gold medal at the 2020 Tokyo Games.

In golf, Olympic qualification is decided based on world ranking and the International Golf Federation(IGF), which is the sport’s world governing body, said qualification would be based on ranking as of June 21 for men and June 28 for women. So the final entry list for Tokyo was decided recently.

A total of 60 athletes will compete in each of the men's and women's events. While only a maximum two players from each country can compete, among the Top 15, up to four from the same country qualify. Competing in women’s events for South Korea are Ko Jin-young, Park In-bee, Kim Sei-young and Kim Hyo-joo.

Park In-bee, who brought home the gold at the 2016 Rio Games, where the sport returned to the Olympics after 112 years, will seek to reclaim gold in Tokyo. This will be Kim Sei-young’s second Olympic qualification.

2. Team Korea’s Experience in the Event

Experience is considered invaluable for the Games, and in that sense South Korea overpowers its rivals.

Park In-bee and Kim Sei-young have competed at the Olympics before, and the combined LPGA victories among the four athletes from the women’s team total 44, eleven of which were at a major tournament.

In the case of the U.S., the Korda sisters, Nelly and Jessica, Danielle Kang and Lexi Thompson, together have 28 LPGA victories, only three of which are from a major tournament.

Ko Jin-young also won her first LPGA title of the season, just some 20 days ahead of the Olympics. Ko displayed her staying power after she recently lost the top spot on the world ranking for the first time in 100 weeks. Understandably, expectations for a gold medal in Tokyo are high.

Finishing eighth at the Rocket Mortgage Classic earlier this month, Im ranked among the Top Ten in tournaments for the fourth time this season. Im, currently among the top 30 in world ranking, was named the PGA’s 2019 Rookie of the Year. Despite such high expectations, Im’s performance had ups and downs this year. His latest achievement, however, revived anticipation about his performance at the Olympics.

The Japanese athletes will have an advantage over having experience playing in the Olympic course. The course at the Kasumigaseki Country Club is level, but the accuracy of the tee shot is important, especially because large trees line up on both sides. If the ball goes into the rough, the players will have difficulty with their following shot. But both Park In-bee and Kim Sei-young have a tendency to hit the ball straight ahead, and Kim Hyo-joo has experience of winning a tournament in Japan so they are all expected to adjust right away.

However, danger comes when you least expect it. Nelly Korda’s performance is on the rise, and there are other players to look out for, such as Patty Tavatanakit of Thailand, U.S. Open champion Yuka Saso from the Philippines, New Zealand’s Lydia Ko, and another Thai player Ariya Jutanugarn.

Japan, with its athletes having homeground advantage, is also expected to play with tenacity. The host country will be represented by world’s eleventh Nasa Hataoka and 27th Inami Mone. Competition will likely heat up surrounding Hataoka, who has three LPGA victories under her belt, and was the runner-up at this year’s U.S. Women’s Open.

South Korea’s national team coaches are Choi Kyung-joo and Pak Se-ri, both of whom were the coaches at the 2016 Rio Games. The men’s rounds will run from July 29 to August 1, and the women’s from August 4 to 7.