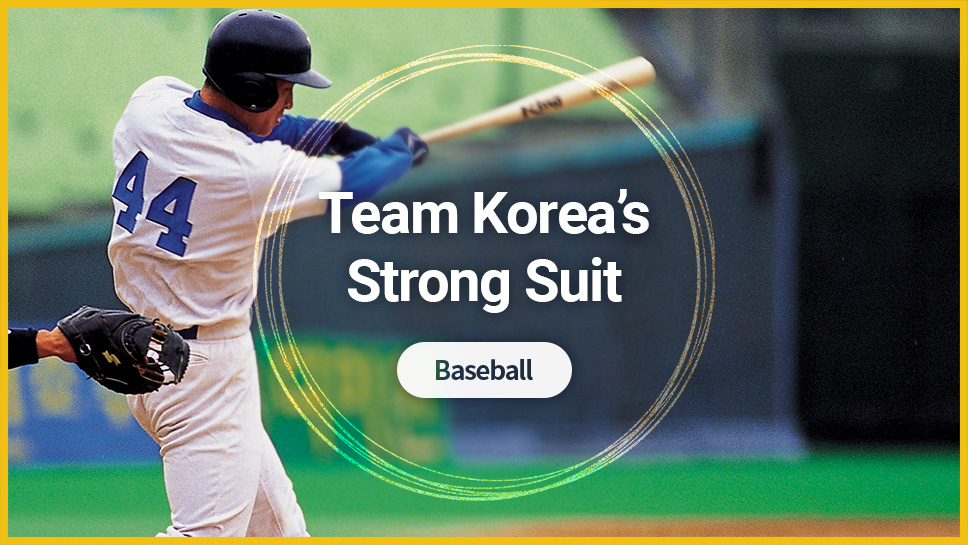 # Can coach Kim Kyung-moon’s Team Korea relive the glory of the 2008 Beijing Olympics?
# Team Korea, Team USA, and host Team Japan: Who will come out on top?

Why baseball was excluded from the past two Olympics

- Baseball, making its return after 13 years

The last Olympics to include baseball was the Beijing Games held back in 2008. Lead by Head Coach Kim Kyung-moon, Team Korea achieved what has been called the “Miracle in Beijing” as South Korea won the title that year. Coach Kim will return to the Tokyo Games to see if the squad can perform a miracle once again, this time in Yokohama.

Baseball has been included in the Olympics five times since it was introduced at the 1992 Barcelona Games.
It was left out at the 2012 London and 2016 Rio Games as the International Olympic Committee(IOC) stated the absence of the best players was the main reason it was cut. The number of countries that baseball is popular in is considered limited as well, with most of its popularity in the Americas and East Asia. South Korea, the U.S., Japan, and amateur powerhouse Cuba have often competed for a gold medal.

Due to the small number of participating teams, the format was changed to allow the teams to play each other as much as possible.

The event will start with a two-group(Group A and Group B) round-robin stage, followed by two rounds, a semifinals and the gold medal game.

South Korea is in Group B with the U.S. and Israel, while Japan is in Group A with Mexico and the Dominican Republic.

While the teams in each group advance to the knockout round after playing two group matches, repechage games are played at this stage, which means the third-ranked team in a group also has a chance to win the gold medal. While a team that tops their group, advances to the next round and wins three straight games is supposed to claim the gold medal, teams still have a chance to win the title even if they defeat a match in the first or second round through the repechage stage.

South Korea would meet its medal target the fastest if it tops the group ranking, then wins the top-ranked team in Group A.

But there is a special rule: If a team cannot play due to COVID-19, the tournament will operate under a single round-robin system. The top two teams will then compete for gold, while the third and fourth-ranked teams will play for bronze.

There are 11 pitchers and 13 fielders in the South Korean team.

The pitching lineup is quite young with only Oh Seung-hwan, Cha Woo-chan and Ko Young-pyo in their 30s. In fact, Lee Eui-lee and Kim Jin-wook are still in their teens.

In the lineup of catchers, Kang Min-ho and Yang Eui-ji are veterans in international tournaments. The KBO’s leading batters, Lee Jung-hoo and Kang Baek-ho, have also put their names in the national team.

Former Major Leagues outfielder Choo Shin-soo, who recently returned to the KBO, however, was left out of the final roster.

Japan, which has in the past won one silver and two bronze medals in baseball at the Olympics, is hoping to win its first gold on homeground. Having selected the best 24 players from its own league, Japan has also picked South Korea as its biggest rival.

Japan has likely drawn up its team keeping in mind that it will most likely face South Korea in the gold medal match.

There are eleven pitchers and 13 fielders on the Japanese team. While Shohei Ohtani, Yu Darvish, and Kenta Maeda are not included, former New York Yankees pitcher Masahiro Tanaka, who had played at the 2008 Beijing Games, and others active in the domestic league, have joined the national team.