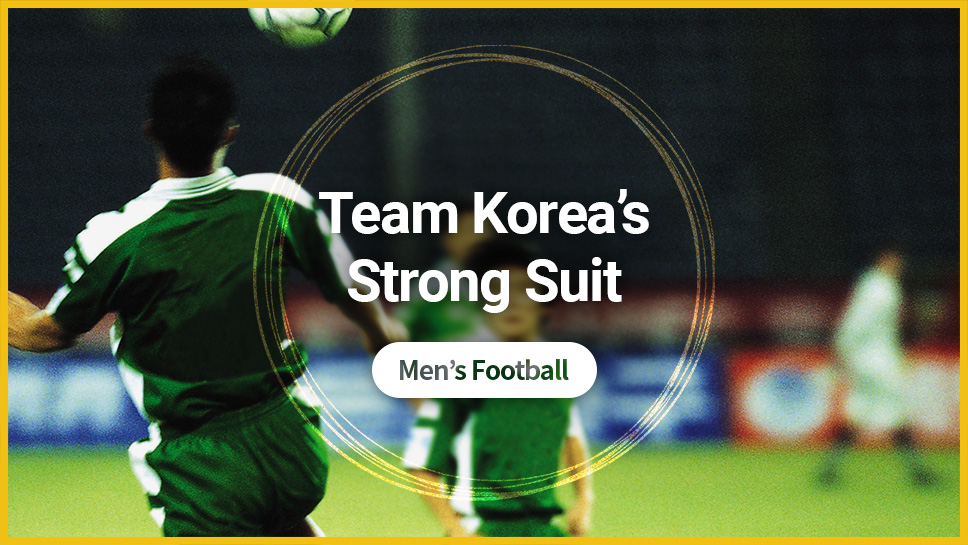 South Korea certainly has what it takes to win a medal as the country won the bronze at the 2012 London Olympics nine years ago.

With the exception of the wildcard players, most of the athletes will be under 24 this year due to age restrictions, but this is a year older than usual as the Tokyo Games have been postponed by a year.
There is a relatively smaller gap in players’ abilities as most of them are young. Despite this, there are many unexpected events in Olympics football.
One of the reasons we can anticipate a good performance by the national team at the Olympics is that the entry by countries considered football powerhouses is limited in accordance with continental distribution.
Only four European countries, Romania, France, Spain, and Germany, will participate in football at the Tokyo Olympics. There are some who speculate that the South Korean men’s football team can even reach for the gold medal in Tokyo.

The national team, led by Coach Kim Hak-bum, won the title at the 2020 Asian Football Confederation(AFC) Under-23 Championship held in Thailand in January. That victory helped the country secure the Tokyo Olympic ticket given to the top three countries.

South Korea also broke a record by managing to compete in football at the Olympics for the ninth consecutive time, starting from the 1988 Seoul Games.

Athletes of the National Team

Hwang Ui-jo, Kwon Chang-hoon, and Park Ji-soo have been picked as wild cards.
On the other hand, Son Heung-min of the Premier League, who was named a wild card candidate, was left out. Coach Kim said while Son was determined to take part in the Olympics and had gotten approval from his club, the decision was made to protect the athlete.

Song Bum-keun of K-League’s Jeonbuk Hyundai Motors is the team’s goalkeeper and in the defense lineup, there are Jeong Tae-wook and Kim Jae-woo of Daegu FC. Among the midfielders is Lee Kang-in, who plays in La Liga in Europe, while forwards include Song Min-kyu and Lee Dong-jun, both of whom recently debuted on the A team.

A day after Coach Kim announced the list of 18 players, FIFA said it will expand each team entry to 22 in consideration of COVID-19. The national team has since added four players, including defender Lee Sang-min.

In men’s football, the top and second-ranked teams in each group will advance to the quarterfinals for tournament matches.
South Korea is in Group B, along with New Zealand, Romania, and Honduras. The group formation is evaluated to be as good as it gets for Team Korea, but Coach Kim sees that the country’s first opponent, New Zealand, may offer a surprise.

It is said the player formation has completely changed with the inclusion of wild cards. Looking at past Olympic records, South Korea has won all three matches against New Zealand, won two and lost one of four games against Honduras, and it will be the first Olympic match between South Korea and Romania.
Prospects are good for South Korea according to past records and in a strategic sense, but the problem is once Team Korea advances to the quarterfinals, it will meet all the strong contenders in the tournament.

There is a big chance for South Korea to face Japan in the quarterfinals. After the semifinals, there will be strong teams from Groups C and D. Lee Kang-in, who plays in Spain’s La Liga, reportedly told Coach Kim that the Spanish national team has many good players. In fact, Spain is considered a strong gold medal candidate. There is the defending Olympic champion Brazil, and also Argentina and France, all of which will be obstacles in South Korea’s journey towards the gold medal.

Group C, aka the “Group of Death”

Argentina, Spain, Egypt and Australia are in the most competitive Group C. Japan, which is in Group A along with France and Mexico, is expected to embark on a rough journey as well.

In Group D, there are Brazil, Germany, Cote d’Ivoire and Saudi Arabia. If South Korea manages to advance to the semifinals, the national team could meet Brazil. Brazil’s star-studded forward lineup includes Everton’s Richarlison, and they could be South Korea’s biggest hurdle along the way.