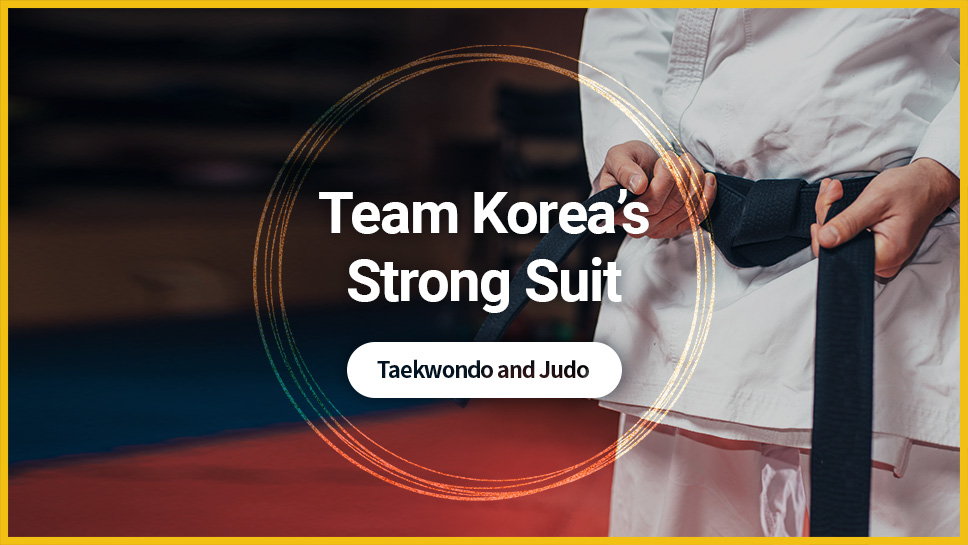 # Taekwondo, where the athletes vie for eight golds, will have a huge impact on the Games’ outcome
# Judo Medalist An Ba-ul aims for his first Gold again

Taekwondo is another sport where regulations have been changed many times to keep South Korea in check, so that it does not sweep all the medals.
Despite an entry quota, the country had 21 athletes compete at the past five Olympics, winning 12 gold medals in total. There were only two times when there was no South Korean athlete up on the medal podium.

Up until the 2012 London Games, only a maximum of four athletes, two in men’s and two in women’s, from each country were permitted to compete. Since the 2016 Rio Games, the governing body of World Taekwondo(WT) has automatically qualified athletes based on the Olympic ranking, allowing one athlete per weight class, in a total of eight weight classes. South Korea saw five athletes compete in Rio.

Lee Dae-hoon is the only athlete out of the six who has competed at the Olympics before. The Tokyo Games will be Lee’s third consecutive Olympic entry since 2012. Lee, who has won the World Championships and won a silver and a bronze at the Olympics, has yet to win an Olympic gold.
An athlete from outside South Korea we should watch out for is Jade Jones representing Great Britain, who has two gold medals from women’s -57kg under her belt, the first from London and the second from Rio. If Jones wins another gold in Tokyo, she will become the first taekwondo practitioner to win three consecutive Olympic gold medals.

It was the first time in 16 years that the country returned from the Rio Olympics without a gold medal in judo. So the national team is faced with the task of overcoming that disappointment in Tokyo.

The women and men’s team won qualifications in all seven weight divisions. Originally, the men’s team came short of securing the Olympic ticket in -81kg, winning six qualifications, but Lee Sung-ho won a seat in the last minute. This is the first time in 13 years, since the 2008 Beijing Olympics, that South Korean men and women from all weight divisions are fighting in the Games.

Athletes considered to have the best chance at winning the gold medal are An Ba-ul in the men’s –66kg and Cho Gu-ham in –100kg. An was the silver medalist at the 2016 Rio Games and Cho won the 2018 World Championship. Cho is vying for the gold in Tokyo, after an injury stopped him from winning a medal in Rio.
An Chang-rim is a medal prospect in the men’s -73kg, while Kim Won-jin in the -60kg is another judoka to watch out for.

Many people remember seeing Kim break down into tears in January after winning the Doha World Masters tournament, when he learned that his father had passed away two days earlier. Since then, Kim has been preparing for the Olympics, promising that he will bring the gold medal to where his father is laid to rest.

A mixed team event will be introduced in Tokyo, in which South Korea will also participate.
Starting at the Tokyo Olympics, competition time in men’s events will be reduced down from five to four minutes. This is in accordance with the International Judo Federation’s revisions in 2016. The match time was cut down by a minute to enhance excitement.

The women’s events will maintain the four-minute system, but if neither side claims victory within the regulation time, they will enter an extended match to determine the winner in a golden score contest.
The duration needed to immobilize an opponent to score a waza-ari through grappling has been reduced from 15 seconds to ten. It would be more exciting to watch the matches if you remember the two main types of scoring. Ippon is the ultimate way to claim victory, and waza-ari counts as a half-point and two waza-ari’s in one match are equal to ippon.