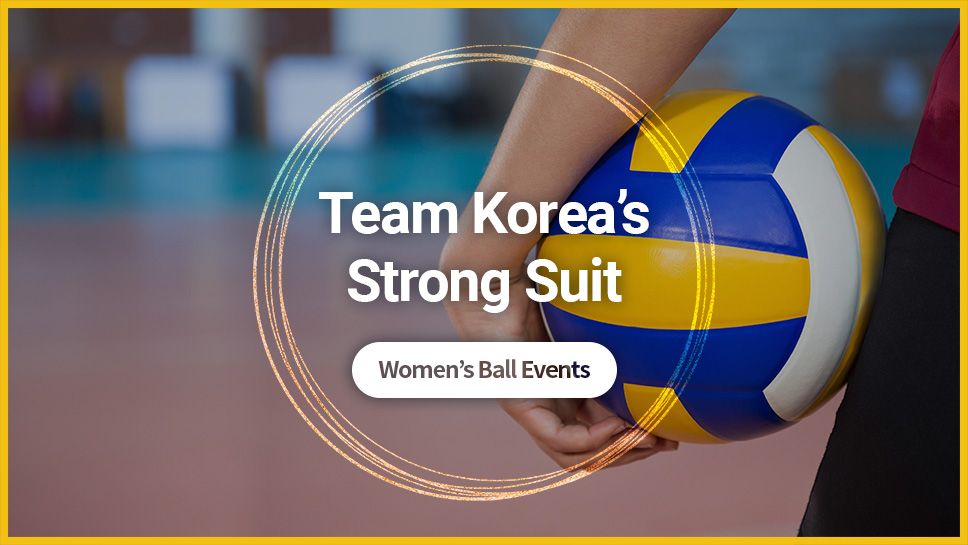 The Significance of Team Ball Sports in the Women’s Events

Women’s handball may remind many South Koreans of the film “Forever the Moment,” while women’s basketball will be remembered in history for the national team’s dramatic silver medal win at the 1984 Los Angeles Games. In volleyball, the national team is aiming for a medal with world star Kim Yeon-koung.

Male athletes have come short of securing qualifications in all these sports, showing how strong and competitive the female athletes are in these events.

The women’s national handball squad qualified for their 10th consecutive Olympics. This is, in fact, one more than the men’s national football team. South Korea has had a strong medal history in women’s handball.

The country won the Olympic title twice at the 1988 Seoul and 1992 Barcelona Games, silver at the 1996 Atlanta and 2004 Athens Games, and a bronze medal at the 2008 Beijing Games. However, the national team’s performance has declined a bit, and fans began to lose interest. The team was eliminated during the group stage at the 2016 Rio Games and finished in 10th.
In September 2019, the national team advanced from the Asia qualifications in the top spot, winning all five matches. Having won the Olympic entry for a record tenth consecutive time, athletes seem determined to bring home a medal.

The national team has been training together for a long time and their group assignment could work in their favor. South Korea is in Group A, along with the Netherlands, Norway, Japan, Angola and Montenegro. Under the premise that South Korea will defeat Angola and Japan, the national team will be able to at least advance to the quarterfinals, as the top four countries advance to the next round from each group. But if it does rank fourth, it will then face the top-ranked team in Group B. Therefore, the national team will need to overcome Norway or the Netherlands in the group round to play for a medal.

The women’s national basketball team selected their coaches through an open recruitment who are Lee Mi-sun and the legendary Chun Joo-weon.
Chun, the country’s first female head coach in an Olympic team ball sport, is expected to lead the team based on her personal experience of advancing to the semifinals at the 2000 Sydney Games. This is the first time in 13 years that the country has qualified in women’s basketball at the Olympics.
The team centers around Park Ji-su, who plays in the WNBA. Ranked 19th in the world, South Korea is in Group A, along with number three Spain, number four Canada and number eight Serbia. The national team needs at least one victory in the group round to advance to the quarterfinals in third place.

South Korea won its first Olympic medal in a team ball sport when women’s volleyball won a bronze at the 1976 Montreal Games, so women’s volleyball has always been globally competitive.
We also have the world’s top player Kim Yeon-koung. Kim, who will be carrying the national flag in the opening ceremony, has just about achieved everything in the sport, except for winning Olympic gold.

For Team Korea, it has the highest chance of winning an Olympic medal with Kim onboard. In fact, up until last year, prospects were arguably higher.
The national team is considered to have lost momentum compared to 2016, after the departure of twin sisters, setter Lee Da-yeong and outside hitter Lee Jae-yeong, over bullying allegations, and an injury suffered by another outside hitter Kang So-hwi, who led her team GS Caltex to league victory.
South Korea will face host nation Japan, Serbia, Brazil, Kenya, and the Dominican Republic in Group A.
The national team will have to rank at least fourth to advance to the quarterfinals, and that is the first-phase goal set by the team, as well as team captain Kim Yeon-koung.
With the medal matches scheduled to be held on August 8, the closing day of the Games, there are hopes that women’s volleyball can bring a grand finale to the Tokyo Olympics for Team Korea.