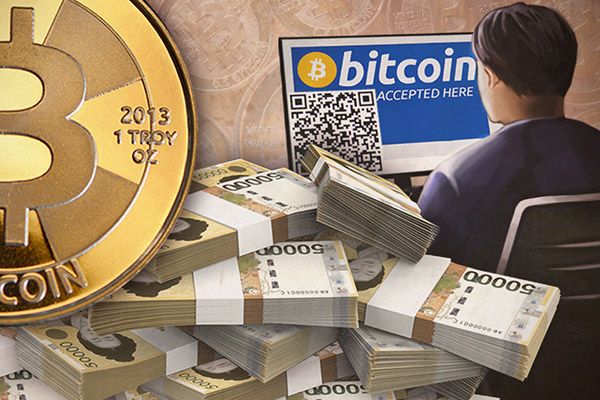 The price of Bitcoin has trending up. Bitcoin surged past 8,000 US dollars during the morning session in Asian trading on May 14, hitting its highest level since July last year. The Bitcoin price has since continued its upward trend, prompting industry watchers to conclude that the so-called “Bitcoin winter” is over.

Bitcoin, the largest cryptocurrency, is receiving renewed attention. The price of Bitcoin once reached 20-thousand US dollars per coin but later plummeted to 3,500 dollars. Recently, it has risen again drastically to recover to 8,900 dollars. Here in Korea, it has surpassed 10-thousand won per coin. Some analysts say that the Bitcoin price has finally hit rock bottom. At present, some 2,000 cryptocurrencies are traded, and other digital currencies such as Ethereum, Litecoin and Artcoin are also showing a rising trend.

The Bitcoin price finished at 13-thousand dollars on December 31, 2017, when the cryptocurrency frenzy swept the entire world. Around that time, the daily trade volume of Bitcoin in Korea amounted to five to ten trillion won, or about between four-point-five and nine billion US dollars. That means 135 to 270 billion dollars was invested in this digital currency in a single month.

However, the Bitcoin price began to tumble in Korea in January of last year, as government regulations made new transactions almost impossible. The fever for virtual currencies began to subside in other countries as well, signaling the start of the “crypto winter.” But cryptocurrencies showed signs of picking up again in April this year. Bitcoin rose by 70 percent during May and its overall growth this year represents a whopping 140 percent. There are multiple factors behind the recent price rally.

One of the main factors is the price crash. The Bitcoin price plunged to 4 million won from a peak of over 20-million won in Korea, and investors now believe that the price has fallen to the lowest level and therefore it’s time to purchase it again. Another factor is companies’ growing interest in blockchain, the basic technology of cryptocurrencies.

In addition to those factors Mr. Chung just explained, uncertainties surrounding the escalating trade war between the U.S. and China also contributed to a price rise in cryptocurrencies. That is, more money is being invested in virtual currencies, which have emerged as safe assets in unstable financial markets. A wider use of digital currencies is also cited as the reason for the bullish crypto market.

When visiting Japan, many people are surprised to find that Bitcoin is used as a solid means of exchange. A lot of bakeries in the country accept Bitcoin as payment. On a similar note, in Northern European countries like Norway and Sweden, virtual currencies are used as a means of payment. Prestigious universities in the U.S. such as Yale, Harvard and Stanford operate their own funds, and they are supposed to disclose how to manage the funds. Their reports show that they have increased investment in cryptocurrencies, including Bitcoin.

Here in Korea, Samsung Electronics embedded a new cryptocurrency wallet into its latest Galaxy S10 smartphone. Many of those who have bought the model may not know that, but owners of digital currencies can now make payments using their own crypto wallet on the new smartphone. So, why do you think Samsung included the crypto wallet in its new flagship phone? I guess the tech giant never bothered to do so if it expected digital currencies to disappear.

Virtual currencies are quickly permeating into our daily lives. A number of global firms, including AT&T, one of the world’s largest telecom companies based in the U.S., Japanese e-commerce giant Rakuten and Corporate Traveller, a travel management firm in the U.K., now accept payments via cryptocurrency.

At some coffee shops in Seoul, people can order beverages in digital currency, while tenants in some shared housing units can pay their monthly rent the same way.

It certainly merits attention that large companies both in Korea and abroad are exploring growth opportunities in blockchain technology and cryptocurrencies, increasing their investment in those fields.

Facebook, which has more than two billion users around the world, is said to be planning on issuing its own virtual currency, tentatively named “Libra.” The blockchain-based money will build a brand new payment platform, in which Facebook users can exchange services and transfer money. In Korea, Kakao plans to integrate Samsung’s crypto wallet into its mobile messaging app, KakatoTalk has about 50 million local users. Top Chinese ICT companies such as Baidu and Alibaba are also preparing to launch their own cryptocurrency to develop a new, huge payment network.

More and more global firms are adopting blockchain technology, which underlies cryptocurrencies, to create a new business platform. Against this background, more attention is being paid to virtual currencies.

Facebook, the world’s largest social media network, plans to launch its own cryptocurrency in 12 countries by the first quarter of 2020 to allow users there to make digital payments. BitTorrent, a peer-to-peer file sharing program with more than 100 million users, issued its own virtual currency in January this year. Korea’s leading Internet companies, Kakao and Naver, are also making preparations for new services associated with cryptocurrency.

Companies are jumping onto the blockchain bandwagon because it is highly possible that all future services will be offered on blockchain, a digital ledger system that encrypts transactional information. Once recorded, data blocks are impossible to alter so users can store their information safely. They can also expect a reward in the form of cryptocurrency. Citing these benefits, analysts predict that most online services will adopt blockchain technology over the next few years.

A subtle change is being detected in the Korean government, which has had a negative view about blockchain and cryptocurrencies, which have been mostly associated with speculation.

The government still sticks to its previous position that crypto trade should be regulated tightly. But it shows a highly favorable attitude toward blockchain technology, which it hails as one of the new industries to lead the Fourth Industrial Revolution. It seems the government has become more open and flexible about virtual currencies, compared to a few years ago when speculative demand for cryptocurrencies exploded.

Even so, governments in Korea and other countries share the view that crypto exchanges should be under tight control and build greater trust.

The recent strong rally enjoyed by virtual currencies is certainly different from the crypto craze in 2017. The Korean government has begun to research the potential effects of blockchain, which is emerging as a key player to lead future industries.

But the fluctuating crypto market could generate a speculative bubble again. Taking this possibility into consideration, the government needs to approach the cryptocurrency market in a calm and cautious manner to minimize speculation and enhance transparency.