The Korean War,
and a Panorama of 70 Years

At 4 a.m. on Sunday, June 25, 1950, North Korea launched a surprise attack against South Korea to ignite the Korean War, a tragic fratricidal conflict.
70 years have passed since then.
The sound of gunfire and cries of victims stopped long ago, but the pain of national division still remains.
While South and North Korea have feuded and clashed with each other occasionally, they have never given up hope for a peaceful, unified Korea.
Let’s look back on the paths the two Koreas have walked over the past seven decades.

Main News N. Korea to Hold Key Party Meeting in Late December North Korea will reportedly hold a key party meeting late this month. According to the North's official Korean Central News Agency(KCNA) on Thursday, the decision was made during a politburo session of the ruling Workers' Party presided over by North Korean leader Kim Jong-un the previous day. During the session, the Political Bureau of the party's Central Committee decided to convene the 6th plenary meeting of the 8th Central Committee of the Workers' Party in late December. The powerful politburo will reportedly gather to evaluate the implementation of party policies and national projects in 2022 and discuss 2023 projects and issues affecting the party. In the Wednesday session, Kim reportedly said that the internal and external circumstances of the year 2022 created unprecedented adversity that tested the country's will and fighting strength. Kim said that despite the challenges, a new phase of the revolutionary development of the state had opened, and the country's prestige and honor were raised to a new level thanks to the correct guidance of the party. 2022-12-01

Main News Kim Encourages Officials Involved in Hwasong-17 ICBM Launch North Korean leader Kim Jong-un encouraged and promoted scientists and officials involved in the North's recent launch of an intercontinental ballistic missile (ICBM). According to the official Korean Central News Agency (KCNA) on Sunday, Kim took a photo with those officials who contributed to the successful launch of the Hwasong-17 ICBM. Kim reportedly called the Hwasong-17 a great creation by the North Koreans, urging the North to beef up efforts to further bolster its national defense capabilities without being complacent about its achievements. The KCNA said Kim expressed his expectation and belief that the country's scientists, technicians, and munitions industry workers would make their best efforts to expand and bolster the country’s nuclear war deterrent. Kim also promoted the ranks of a large number of officials and scientists in recognition of their contributions in developing the Hwasong-17.  Meanwhile, the KCNA said that Kim appeared at the photo session venue with his daughter, who made her first public appearance during the launch of the Hwasong-17 ICBM on November 18. 2022-11-27

Main News N. Korea Omits S. Korea, US, Japan Matches from World Cup Coverage North Korea is omitting matches involving South Korea, the U.S. and Japan from its coverage of the 2022 FIFA World Cup in Qatar. South Korea's first group match against Uruguay held Thursday night, Korea time, was not included in the pre-recorded World Cup broadcast lineup of the North’s state-run Korean Central Television on Friday. The match between Switzerland and Cameroon coming before the South Korea-Uruguay contest and the following game featuring Portugal and Ghana, however, were included. The North's state media also omitted clips of the match between the U.S. and Wales, and another between Japan and Germany. While Pyongyang previously broadcast South Korea's games during the World Cup in 2002, 2006 and 2010, it censored games involving the South, the U.S. and Japan starting in 2014. 2022-11-25

Main News N. Korea Slams Yoon over Seoul's Push for Sanctions Kim Yo-jong, the powerful sister of North Korean leader Kim Jong-un, called the Yoon Suk Yeol administration “idiots” as she lashed out against South Korea’s push to impose additional sanctions on Pyongyang over its continued missile launches. In a statement carried by the North's official Korean Central News Agency on Thursday, Kim said that she cannot understand why the South Korean people stand idly by as the Yoon government and other idiots continue to create a dangerous situation. She said that Seoul had not been the North's "target" while the preceding Moon Jae-in government was in power, warning that the desperate sanctions and pressure by the U.S. and its "stooge," South Korea, against the North will only add fuel to the regime’s hostility and anger. Noting that South Korea's foreign ministry said Tuesday that it would review independent sanctions on Pyongyang, Kim denounced Seoul as a "faithful dog" and "servant" of Washington. She added that the South Korean people must really be idiots who do not know how to live in peace and comfort if they believe that sanctions will relieve the dangerous situation. 2022-11-24 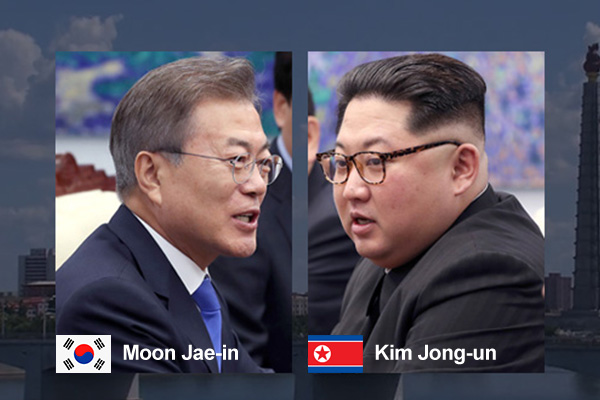 Timeline of recent events on the Korean Peninsula VIEW MORE