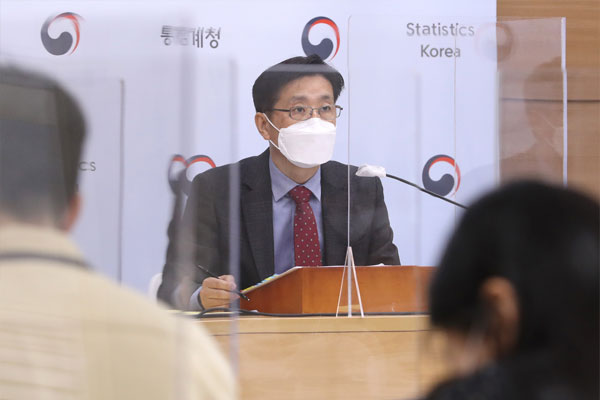 South Korea has seen job growth since March this year, after 12 straight months of on-year decrease. Nearly 620-thousand jobs were added in May, with more than 600-thousand jobs gained in the second month in a row. It shows that the recovery of the job market has picked up steam. Still, the employment situation is not without problems, as the number of employed people in their 30s and 40s has been declining for 15 consecutive months.

Here is Bae Min-geun, researcher at the LG Economic Research Institute, to discuss the job situation in Korea and some future tasks.

According to Statistics Korea, 27.55 million people were employed in May, up 619-thousand from the same month of last year, while the number of jobless people stood at 1.15 million. The unemployment rate fell to 4 percent in May from 5.7 percent in January.

The Korean economy is showing signs of recovery on the back of strong exports, which have benefited from rising demand worldwide for semiconductors and IT products. Also, vaccine rollouts have somewhat eased public jitters from the pandemic, contributing to reviving consumption. It seems the momentum of economic recovery is spreading to the job market.

Of course, the base effect from the extremely low levels of employment last year affected the latest job report.

Judging from the seasonally adjusted statistics that do not include the base effect but compares month-on-month numbers, the job market in May has recovered to 80 percent of the level in February last year, just before it was hit by the COVID-19 outbreak. Last month, the employment rate rose for all age groups, particularly for young adults.

138-thousand more jobs were created for people aged between 15 and 29 in May, compared to the same month in 2020. The job increase is significant, considering that this age group saw a population decrease of 136-thousand from a year earlier. The employment rate for the young adults reached 44.4 percent, the highest in 16 years since 2005, while the unemployment rate for the group decreased 0.9 percentage points on-year to 9.3 percent. It seems new jobs for young people are being added to platform businesses. Jobs were also generated in face-to-face services, which have resumed gradually since spring.

Jobs for people aged 60 or older increased by 455-thousand, making up over 70 percent of job growth for all age groups. But those jobs are mostly created by the government’s job program, that is, by taxpayers’ money. This means the number of quality jobs has not increased, despite a rise in the employment rate.

In fact, people in their 30s and 40s lost 69-thousand jobs and 6,000 jobs, respectively. Unlike elderly citizens who mostly hold short-term jobs, these groups, by and large, have regular jobs in key industries, including manufacturing. In other words, many quality jobs have disappeared.

People who said they had “rested” refer to those who are able to work but choose to be out of work without specific reasons.

They do not belong to the jobless. A sharp increase in the number of such people was seen in those in their 30s, meaning that many of 30-somethings have failed to find work they want.

As the backbone of the workforce, people in their 30s and 40s play a major role in companies and organizations. The job losses in these groups raise concerns that the economic impetus to create jobs is weakening. That is, the country’s industrial competitiveness and growth in the service sector may not be as solid as before.

The job decreases in the key working population had been an issue even before the pandemic. This isn’t simply a job problem. In a broader context, South Korea now finds it hard to create and develop new industries and businesses. Also, in the process of creating added value, demand for labor force might not be as high as in the past. Technological innovation could be another factor behind job losses for those in their 30s and 40s.

By industry, jobs were added in health and social welfare, construction and business facility management. But the employment situation is still tough for the wholesale and retail sector and other pandemic-hit industries.

While job recovery remains uneven across ages and industries, it is definitely welcome news that the job conditions have improved overall. Key economic indexes including exports, growth and employment are improving, boding well for the Korean economy showing signs of recovering from the pandemic.

The base effect from the economic contraction in the first half of last year has an impact on the latest economic indexes. Still, the South Korean economy is recovering very fast, compared to other countries.

South Korea has suffered relatively less economic damage, thanks to its effective quarantine and social-distancing measures, with its growth momentum gaining speed. I’d say that the Korean economy is performing better than others.

In another upbeat report on June 9, the Bank of Korea said that the country’s GDP in the first quarter grew 1.7 percent from the previous quarter. If this positive trend continues, Korea is expected to achieve this year’s growth target of 4 percent, the highest in 11 years. Korea’s per capita gross national income, which declined for two consecutive years, is also expected to start to rise again this year. Indeed, recovery momentum is evident and the pace is faster than expected.

But many point out that it is too early to be entirely optimistic. Tasks still remain, particularly in the job market, which has much to do with people’s livelihoods.

Clearly, the employment market has begun to recover from the shock of the pandemic. But we need to think ahead. Automation and unmanned systems are spreading fast, not only in industrial sites, but in our daily lives. That means human labor will be used less than before. This is a major threat to employment. The government needs to map out policies aimed at creating various new industries and jobs. Even so, jobs will inevitably continue to decrease. It is urgent for the government to formulate measures to cushion the employment shock, like expanding welfare programs, including employment insurance.

Even if economic indexes remain positive, people will not really feel their lives have improved, unless their job issue is resolved. The number of people with jobs has been restored to some extent. Now, many more quality jobs should be created so people can feel the benefit of the economic recovery.