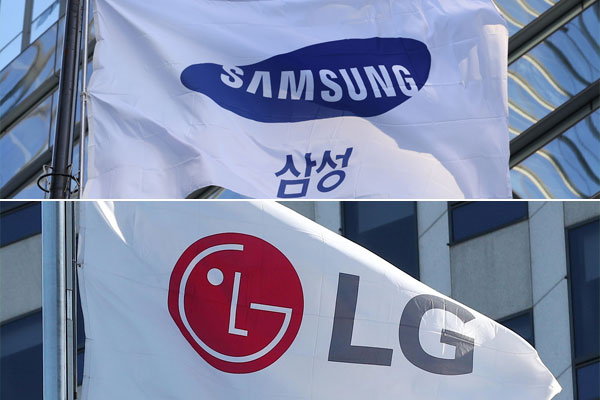 Samsung Electronics and LG Electronics posted market estimate-beating earnings during the April to June period, with both companies recording largest-ever sales for any second quarter. Samsung showed the highest operating profit in 11 quarters, and LG’s operating profit was also the largest for a second quarter in 12 years. It is worth mentioning that LG further widened the gap with its rival Whirlpool in the second quarter, raising expectations that the Korean electronics maker will grab the top spot in the global home appliance market this year.

Here is Kim Gwang-seok at the Institute for Korean Economy and Industry to discuss the surprise second-quarter earnings of the two Korean firms in the face of the COVID-19 crisis.

Samsung Electronics’ sales in the second quarter were tallied at 55.4 billion US dollars, up 18.9 percent from the same period of last year. Its second-quarter operating profit amounted to 11 billion dollars, representing a whopping 53.4 percent increase on year. The company is assumed to have earned 6 billion to 7 billion dollars in operating profit in the chip business alone in the second quarter.

During the prolonged pandemic in the second quarter, demand for non-face-to-face services continued to rise, with computer chips selling well. Also, cloud companies invested more in data centers, leading to growing demand for servers and higher D-RAM chip prices. In addition, Samsung began to normalize operations at its foundry plant in Austin, Texas, in May, after a shutdown early this year due to an unseasonal snow storm there. As a result, the company has managed to minimize the loss it suffered in the first quarter. Against the backdrop, Samsung Electronics displayed good performance in the second quarter.

On top of semiconductors, Samsung did fairly well in other areas in the second quarter. The display division will likely post around 970 million dollars of operating profit, while operating profit from home appliances is forecast to exceed 970 million dollars for two consecutive quarters. The company’s mobile phone business is also believed to have fared relatively well, although the resurgence of COVID-19 in India and Southeast Asia dealt some blow to the business.

To be brief, Samsung delivered an earnings surprise to the market in the second quarter. So did LG.

LG Electronics recorded about 15 billion dollars in sales during the April to June period, marking the highest sales for the second quarter. Its sales and operating profit were above market expectations, thanks to robust sales of home appliances and TVs. Attention turns to whether LG will overtake Whirlpool as the world’s No.1 consumer electronics company, in terms of both sales and operating profit.

Under the persistent pandemic, the pent-up demand for consumption has exploded, even while the stay-at-home trend continued, contributing to LG’s strong second-quarter earnings. In particular, its strategy to target the premium appliances market has proved effective.

The upbeat momentum is likely to continue in the second half of the year. For Samsung Electronics, the outlook for the semiconductor market remains bright.

Samsung will likely continue to show a strong performance in the third quarter, with chip prices expected to continually rise. In the third quarter, its sales are projected to reach around 64 billion dollars and operating profit, between 9 billion and 13 billion dollars. The operating profit for the entire year is estimated to surpass 45 billion dollars. On a positive note, Samsung’s smartphone market share is improving, as the company is outperforming its rivals in some markets.

Both Samsung and LG recorded high sales and profits in the first half of the year, despite the COVID-19 crisis, and they are expected to continue to perform well down the road. That’s because the two companies have responded to the changing business environment proactively and effectively.

An analysis shows that the pandemic resulted in a decrease in corporate sales and operating profit of 2,000 top global companies selected by Forbes. Korean firms have also seen their sales fall, but their operating profit has increased.

That’s why Korean companies are believed to have performed relatively well, even in the pandemic. The average operating profit-to-sales ratio of the 2,000 global companies declined 1.5 percentage points to 6.4 percent this year, while that of Korean firms rose 1.2 percentage points to 4.5 percent. It is assumed that the ratio has improved in various Korean industries including semiconductors and finance.

This is the result of the analysis of the Federation of Korean Industries, which compared the Forbes Global 2000 lists of 2020 and 2021. The operating profit-to-sales ratio of Korean firms is still lower than that of global companies, but Korean businesses have managed to remedy their shortcomings to reduce the gap with the global firms. The Korean companies’ great performance is definitely welcome news since the benefits of their achievements may spread to various economic sectors.

Semiconductors account for about 20 percent of Korea’s total exports. When home appliances, mobile phones and IT equipment are included, these products make up nearly 40 percent of Korea’s outbound shipments. They comprise major items produced by Samsung and LG. They performed very well even in the pandemic to prop up the local economy. Their solid growth will generate jobs, increase citizens’ income and prompt the people to spend more to create a virtuous economic circle.

But I’d like to point out that small-and mid-sized firms aren’t really feeling the economic recovery, although the large companies are on a recovery track. It’s necessary to come up with policies that allow the earnings of large companies to induce a positive trickle-down effect onto small firms and households.

Korean companies are never satisfied with their past achievements but continue to invest in new technologies and businesses, keeping the Korean economy going in a tough global economic environment.

We hope that the companies will continue to perform well as global market leaders, while the government will support them with proper policies, so the subsequent benefits can be shared with small companies and households.