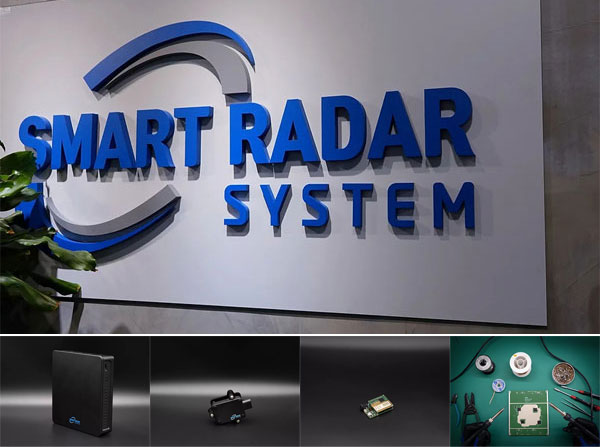 We develop smart radar. People may think that radar is mostly used for military purposes, but it can also detect objects from both the front and rear of your vehicle. Smart radar, in particular, not only detects the objects but also figures out exactly what they are. Based on smart radar, we’re developing technology needed for Level 4 and 5 autonomous driving. We hope to nurture a lot of industrial leaders and assist them in developing various business models.

Kim started his career at American tech giant Cisco Systems in Silicon Valley and gained experience at AT&T, the second-largest wireless carrier in the U.S. After returning to South Korea, he held an executive position at LG Group before joining Smart Radar System that had been founded by his younger brother Kim Yong-jae, an IT specialist with a doctoral degree in engineering.

In a movie, radar tech installed on a warship detects an airplane, recognizing it as a blip. Judging from the size of the blip, soldiers identify it as a fighter jet or a bomber.

A self-driving car may see an object while running on the road. It needs to figure out whether it is a car, a bicycle or a person.

To recognize objects more precisely, speed has been added to previous 3D information. That’s why we use the term “4D.” Based on point clouds produced by 4D image radar, the smart radar identifies exactly what the object is. Radar for military purposes are quite expensive. But our products using semiconductors are reasonably priced, and they can also be used in daily life. I’d say that this is the innovation we’re focusing on.

Autonomous vehicles use three types of sensors: radar, camera and light detection and ranging or LiDAR. The camera and LiDAR have both advantages and disadvantages. While the camera provides clear images, it might be affected by rain, snow, darkness and fog. LiDAR, meanwhile, has a durability issue and it is costly. The 4D image radar remedied the shortcomings of the camera and LiDAR. It can recognize objects accurately in all types of weather and environmental conditions, and its price is only one-fifth of that of LiDAR.

Image radar is widely used in autonomous driving, serving as the eyes of vehicles. Their use is not limited just for self-driving cars.

We’ve received a lot of inquiries about healthcare. Many might be wondering how radar can be used in the medical field. In a hospital, for example, radar can detect a patient in a room. An alarm activated by any movement of the patient who is about to fall or collapse will help immensely. These days, people are able to measure their breathing and heartbeat through their smart watch. But radar can do the same job, without being worn. Radar installed on the ceiling of a room can monitor bio signals of a patient, and medical staff can be informed of any abnormal signs. By combining the radar’s various roles, we’re exploring the healthcare market as well.

The 4D image radar is drawing attention as a useful emergency warning sensor, not only in hospitals but in nursing homes, houses where older people live alone and public restrooms.

It can ensure safety in industrial sites as well. A new law aimed at preventing serious industrial accidents will go into effect from January next year. The law imposes tougher punishments on managers of companies with more than 50 employees when a fatal workplace accident occurred. The 4D image radar can prevent safety accidents by monitoring heavy machinery in industrial sites and analyzing footsteps and behaviors of employees. It can also block intruders for security purposes. To come to the point, imaging radar can be used in a wide range of areas from healthcare and security to smart cities and smart factories.

In recognition of its growth potential and technology, Smart Radar System has won various awards.

The company was selected as an ICT Future Unicorn by the Ministry of Science and ICT. It was also selected for the Ministry of SMEs and Startups’ Baby Unicorn project and K-Unicorn project. Smart Radar System is the only South Korean startup to be chosen for the unicorn programs hosted by both ministries. It joined the list of 1,000 innovative enterprises representing the nation, and it was also chosen as one of the 100 AI startups in South Korea last year and this year. Speaking of AI, existing technology should be combined with the latest digital technology and deep learning algorithms for imaging radar. Thanks to the successful combination of multiple technologies, we’ve received awards in diverse areas. This year, we’ve won prizes from the Ministry of Land, Infrastructure and Transport, the Ministry of SMEs and Startups and the Ministry of Trade, Industry and Energy. We’ve received an award as many as three times from the Ministry of Science and ICT alone.

Smart Radar System has already been highly recognized in the U.S., Israel and Japan, which are notorious for their sophisticated tastes for foreign products. It is preparing to make inroads into the Middle East and Europe. Behind the company’s relentless growth lies its constant technological development. Its ultimate goal is to cultivate competent workforce as industrial leaders in South Korea.

The company has both senior engineers in their 40s and 50s and young employees in their 20s and 30s. It is important to help the young engineers realize their vision. Smart Radar System has a goal of fostering many industrial leaders, encouraging them to set up global firms in Silicon Valley and supporting the firms. The company and the employees share this goal. The company hopes to serve as a training school for IT specialists and contribute to spreading Korea’s information technology globally.

South Korea is an IT powerhouse, but not many local firms are equipped with the world’s best technology in the areas of materials, parts and equipment. Still, a number of South Korean startups, including Smart Radar System, are working hard in those key areas to grow into small yet strong firms exploring the global market. We’re looking forward to the success story of this promising company.