"Deferment of Death" by Kim Beom-seon 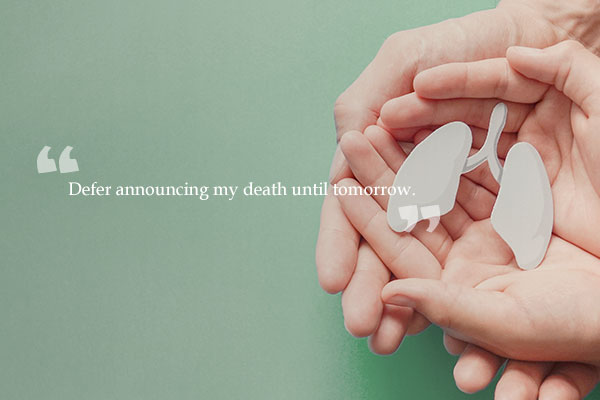 “You have to eat nourishing food and take plenty of rest.”

That was what the doctor said three months ago, before the summer break began. What he really meant to say was that the disease had progressed considerably.

The X-ray photo that the doctor showed him while wondering how he could still walk about was full of blemishes. When Cheol took a look at the blemishes resembling cigarette smoke, he felt his lungs tickle all of a sudden.

He kept clearing his throat because he felt as if huge tuberculosis germs were crawling up his throat.

Cheol took five days off from school. He told the principal that he suffered from an upset stomach and a bad diarrhea. But he couldn’t stop coughing up blood.

Cheol threw up an enormous amount of blood this time. His face paled in an instant. His wife opened up the medicine bag. Cheol shook his head, indicating that it was useless now.

His wife peered into his long, gaunt face. He coughed again.

“Defer what until tomorrow?”

“Defer announcing my death until tomorrow.”

Cheol believed that people would never pay the money due to him if they found out that he had died of tuberculosis. That was why Cheol wanted to defer the announcement of his death. His decision is surprising and sad. The story shows just how much of this man is being sacrificed for the sake of his family’s survival and why this society is shaped that way. “Deferment of Death” is a story about deferring the announcement of one’s death to avoid financial loss and ensure stability for his family.

: Debuted by publishing “Danpyo” on Modern Literature in 1955