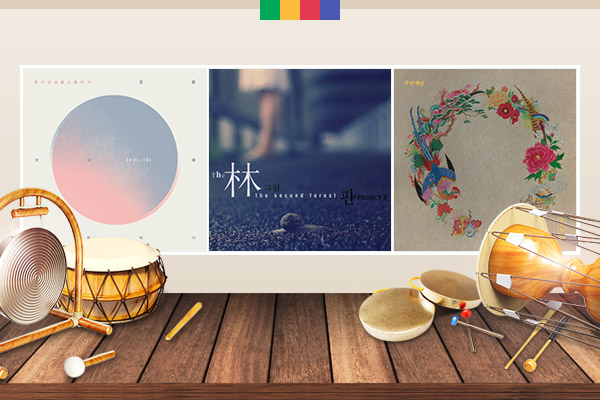 Bright sunshine is a welcoming gift on freezing winter days such as now. There is an old poem that describes how one would like to take this sunshine to one’s love.

To illuminate the warm light of winter days on my beloved

To give the delicious flavor of watercress to my beloved

You may lack nothing, but I cannot forget about you.

As this poem said, one would like to give anything to one’s beloved. The beloved in old poems usually meant a lover, but scholars and officials often used the term “beloved” to indicate their king. It is to say that their loyalty to the king was just as sincere and deep-rooted as the longing for their loved ones. However, this poem seems to point out that one’s love for a lover is an instinct that anyone can relate to, but one’s devotion to the monarch is rather an artificial and secondary sentiment, which can be understood only through metaphor. Traditional ensemble Soul-jigi sang this poem a cappella style, without any instrumental accompaniment. Harmony created by the singers’ clear voices is certain to warm up your hearts in this cold season. Here’s “The Warm Light of Winter Days” sung by Soul-jigi.

The Warm Light of Winter Days/ Sung by Soul-jigi

MC: A scholar named Lim Je임제 was a highly esteemed writer in the mid-Joseon period. But the problem was that his writing style was too free and undisciplined by the standards of other ordinary writers of the time. He once wrote an elegy at the grave of then-famous gisaeng, Hwang Jin-yi황진이, on the way to his new post in Pyeongan-do Province. This became an excuse for him to be fired from the job even before he arrived to begin his new duty. At one time, he ran across a gisaeng named Han-woo한우, whose name meant cold rain. He wrote a poem that said he got soaked in cold rain to depict his encounter with Han-woo.

The northern sky was clear, so I left without an umbrella.

But it snowed in the mountains and rained in the fields.

Since I was drenched in cold rain, I may freeze in my sleep tonight.

Upon hearing this poem, Han-woo wrote a poem of her own in reply.

Why, why would you freeze in your sleep?

Why would you freeze in your sleep when you have warm silk beddings?

Since you got soaked in cold rain today, you should thaw your frozen self in my arms.

Her poem invites him to rest warm and comfortably in her arms since he ran across her that day. A song titled “Gagaek가객” or “Singer,” written based on these two poems, will be performed today by The Forest.

Singer/ Sung by The Forest

This type of poems is grouped together into a literary discipline of ‘sijo시조.’ Koreans learn sijo in Korean literature class, but sijo pieces are actually words to traditional songs, such as gagok가곡 or sijochang시조창. Gagok follows strictly to its preset format, while sijochang pieces are more popular and less restricted. In fact, sijo was a good way to express one’s emotions, even for Confucian scholars who usually composed poems in Chinese. Among the sijo pieces, there is one titled “Cheongsando청산도,” which sings of one’s wish to grow old in nature as men were originally from nature. This poem was written by mid-Joseon era scholar, Kim In-hu김인후, who used to teach King Injong when he was crown prince. Political turmoil forced Kim to retire to his hometown and live a life without any secular wants. Here is Ha Yun-ju singing “Cheongsando” with musical accompaniment of traditional ensemble Second Moon.