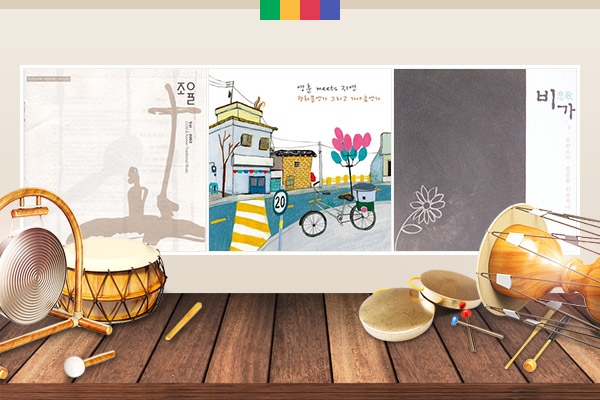 Koreans have long been known to love singing. They needed songs not only for entertainment, but also while working. Many Koreans claim that they don’t feel so tired when they have cheerful songs playing while they work. This is why Korea has a great number of songs for different occasions. But these days people like to have K-pop songs rather than traditional gugak pieces to keep their energy up. So, young gugak musicians started playing Koreans’ favorite K-pop songs with traditional instruments to gain public attention. Today’s first song is “The Thorn Tree” written by pastor Ha Deok-gyu하덕규.

There are so many of myself in me that there is no place for you to rest.

There is no place for you to relax because of so many empty wishes in me.

The darkness in me that I cannot do anything about

Takes away your resting place

The sadness in me that I cannot defeat

The words were written by Ha Deok-gyu who used to live a very depraved life. But he came to realize what was wrong with his life when he was taken to a church by his sister and made to pray. Today this song is performed by haegeum player Kim Joo-ri and piri musician Jin Sung-soo.

Coming up next is “Only the Sound of Her Laughter” written by the late Lee Young-hun이영훈 and sung by Lee Moon-se이문세. Composer Lee Young-hun used to write music for stage plays or dance productions. He turned to pop music when he met Lee Moon-se in 1985. He wrote most of Lee Moon-se’s greatest hits, such as “When Love Passes,” ““Gwanghwamun광화문 Love Song,” and “The Red Sunset.” His beautiful lyrics and sweet melodies were loved by people of all ages, but especially by the younger generation. After he died at age 48 in 2008, his songs were used to create a musical production titled “Gwanghwamun Love Song.” His personal homepage still features a greeting that says, “While we go on living, life and love always flows by like the clouds in the sky. They appear close enough to grab, but they are far gone when I take my eyes off. So, always love one another.” Given that he used to say that music itself is love, the last sentence “always love one another” could be interpreted as “always sing to one another.” Here’s Ryu Ji-yeon playing the gayageum version of Lee Young-hun’s “Only the Sound of Her Laughter.”

Only the Sound of Her Laughter/ Gayageum by Ryu Ji-yeon

The last song for this week’s Sounds of Korea episode is “Love, About That Loneliness” written and sung by Yang Hee-eun양희은.

Would I be able to meet someone and fall in love again?

I don’t think that can be.

There is one thing I cannot comprehend.

It is falling in love with someone.

Almost everyone must feel like this at least once in his or her life, whether it be loving someone or something. Yang Hee-eun wrote this song in just one day ahead of her 40th birthday. Her mature voice blends well with a simple guitar accompaniment to more people’s hearts. Her song became widely known when it was featured in a TV show. Today’s ajaeng version will be performed by Kang Ae-jin.