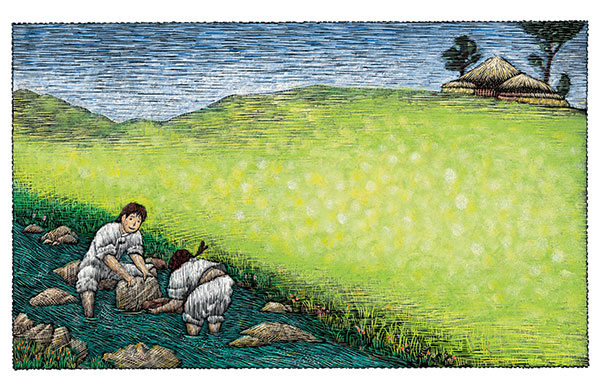 Long, long ago, there lived good brothers. The older one doted on his younger brother and the younger one looked up to his older brother.

They would share whatever they had, be it an apple or even a single pea. 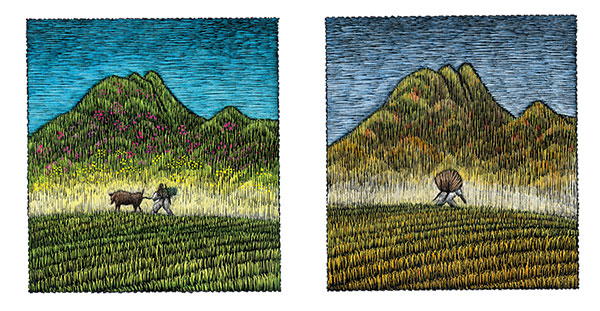 Time passed and the two boys grew up to be men. When their parents passed away, the brothers inherited their parents’ rice field equally.

The autumn came and the harvest season began in earnest. 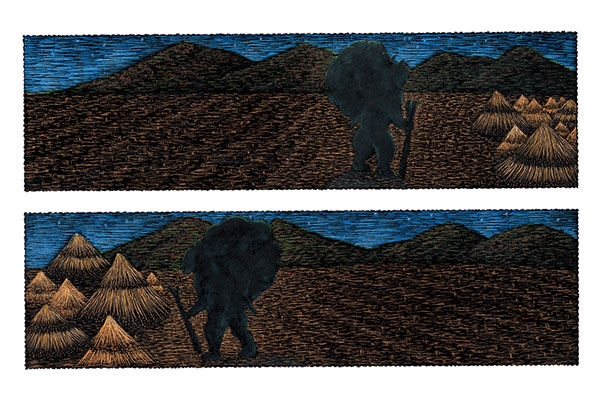 After the harvest was over, the brothers took rice sacks from their own fields and secretly placed them at each other’s fields in the middle of the night. 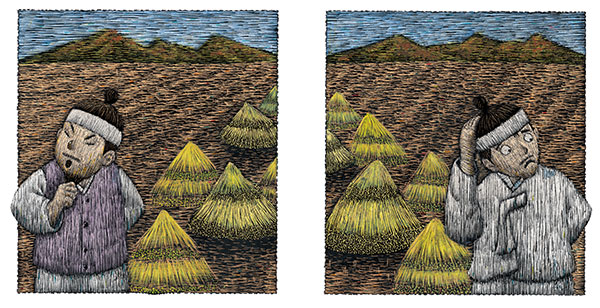 “How could this happen? Why is there the same amount of rice as before?”

“I’m sure I took the rice bundles over to my brother’s field. I don’t understand.”

The brothers transported rice back and forth each other’s field night after night. 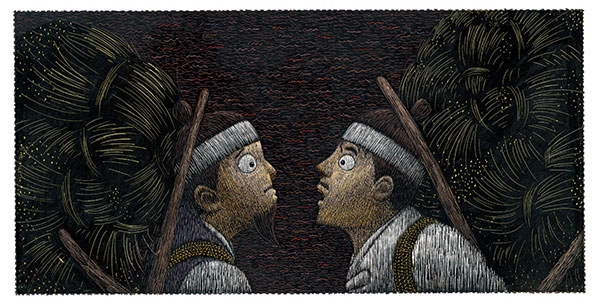 The full moon was shining bright in the night sky. The brothers were doing the same thing that night as well. The brothers who had their heads down from exhaustion bumped into each other.

“What are you doing here?”

“I should ask you the same thing. What are you doing out here in the middle of the night?” 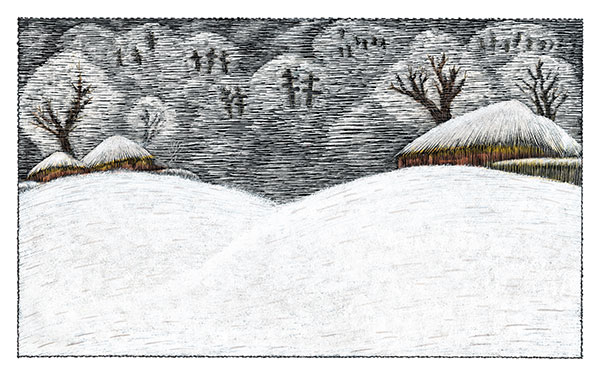 The brothers understood then why their rice harvests didn’t decrease. The two men lived happily ever after, always caring for each other.