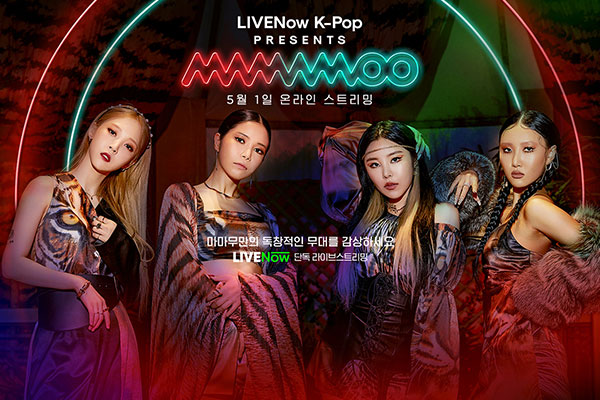 Mamamoo will be holding an online concert through a British streaming service next month.

The group will perform their hit songs and share behind-the-scenes moments on the British service LIVENow’s K-pop series on May 1. The show, titled “LIVENow K-pop Presents Mamamoo” will be streamed worldwide at different times to reach more audiences.

LIVENow offers various content on music, sports and comedy and has been preparing the K-pop series in collaboration with Seoul-based TR Entertainment.