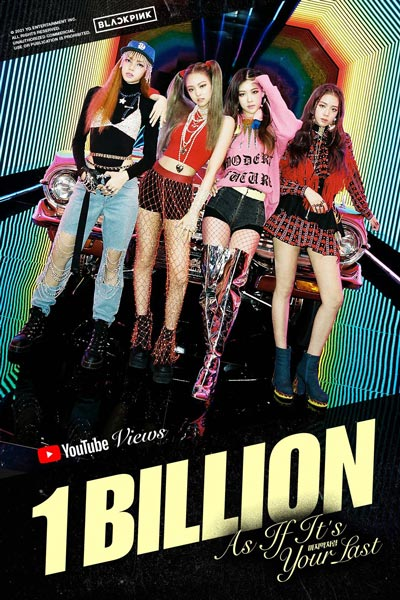 The music video for BLACKPINK’s “As If It’s Your Last” has set another milestone.

The music video became the group’s fourth to surpass one billion views on YouTube. The MV broke the record on April 23, three years and 10 months since its release.

The group’s “DDU-DU DDU-DU,” “Kill This Love” and “Boombayah” have all surpassed one billion views on YouTube.