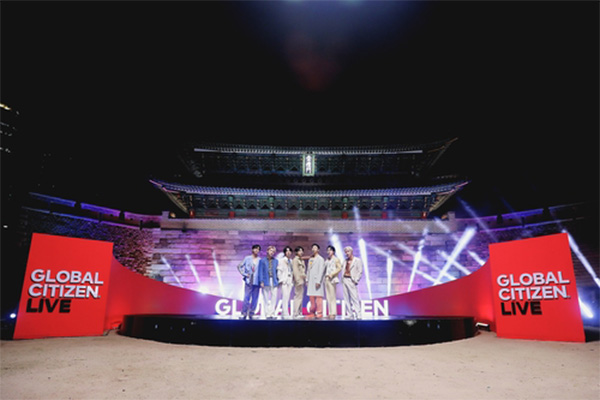 BTS kicked off an international music festival with a performance of its hit song from an iconic location in Seoul.

BTS were the opening act for “Global Citizen Live,” a 24-hour concert featuring top artists from around the world. They aired a pre-recorded performance of “Permission to Dance” at Sungnye Gate, Korea’s No. 1 national treasure.

In addition to “Permission to Dance,” the group also performed “Butter” from the same historic location. BTS was the only artist to join the live streamed show from Seoul.

"Global Citizen Live" was organized by Global Citizen, a New York-based organization founded in 2008, as part of its campaign to end COVID-19, defeat poverty and protect the planet.