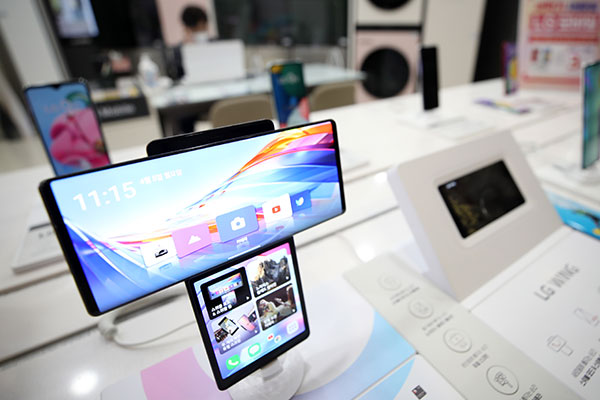 LG Electronics decided to pull the plug on its mobile business, citing a prolonged slump amid intensifying competition in the saturated global smartphone market.

The board's decision on Monday to stop producing and selling handsets after July 31 comes less than three months after the company said its mobile communications(MC) division is open to "all possibilities" for future operations.

LG is known to have engaged in negotiations with Vingroup of Vietnam and Volkswagen of Germany to sell its mobile unit, but the talks reportedly fell through.

The company will relocate some three-thousand-700 MC unit employees to other divisions under LG Electronics or its affiliates.

The company also faces the task of providing compensation to its subcontractors. To soothe consumers, LG promised to continue after-sales support for existing customers.

Despite the exit, the company plans to continue research and development in mobile technology, such as the 6G wireless communication network.