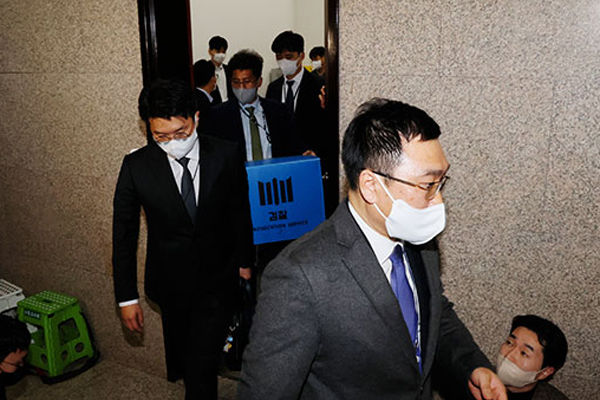 Prosecutors raided the house and office of a close aide of main opposition Democratic Party(DP) Chairman Lee Jae-myung in a probe of bribery allegations.

The Seoul Central District Prosecutors' Office on Wednesday morning sent investigators to the house of Jeong Jin-sang, the head of the party chair's policy coordination office.

Prosecutors and investigators were also sent to the DP headquarters in Yeouido, where Jeong's office is located.

Jeong is accused of receiving a total of 140 million won from key figures involved in the high-profile Daejang-dong development scandal between 2013 and 2020.

Jeong is regarded as one of the party leader's two closest aides, along with Kim Yong, the deputy head of the DP's Institute for Democracy think tank who was indicted the day before on charges of receiving 847 million won in illegal political funds through the development scandal.