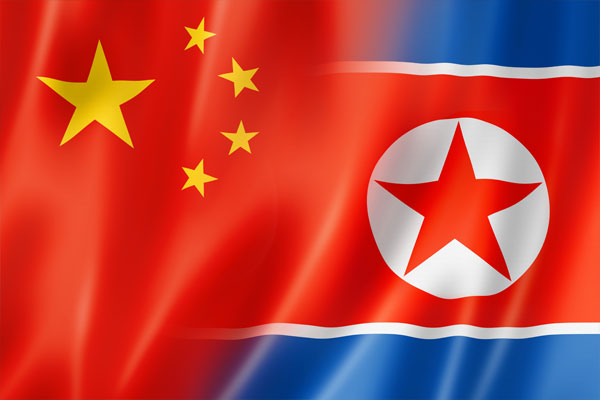 On February 19, North Korea’s Foreign Ministry said that former deputy premier Ri Ryong-nam was appointed as a new ambassador to China. Accordingly, Ri has succeeded Ji Jae-ryong who served as the North Korean ambassador to Beijing for more than ten years. Former ambassadors to China, including Ji, had mostly been in charge of international affairs at the ruling Workers’ Party. Notably, the new ambassador is an economic specialist who has extensive experience in North Korea’s trade ministry. Here’s political commentator Choi Young-il with more.

It is very unusual for an economic official to be tapped as an ambassador. Born in Pyongyang in 1960, Ri studied at the Beijing Foreign Studies University and started his career in 1994 as secretary of economic affairs at the North Korean embassy in Singapore. He began to work at the Trade Ministry in 1998 and became vice trade minister in 2001. He was promoted to trade minister in 2008 and assumed the post until 2016. During that time, the Trade Ministry was renamed the External Economic Affairs Ministry. Until recently, he served as deputy premier in charge of foreign trade. In a word, he is known for his expertise in the economy and trade.

So, what does his appointment as a top envoy to China mean? It seems North Korea is acutely aware of the need to strengthen economic cooperation with China, its traditional ally and largest trade partner.

Following the appointment of the new North Korean ambassador to China, China is also expected to replace its ambassador to North Korea. Early this month, Hong Kong’s Sing Tao daily and Japan’s Kyodo News predicted that China would name Wang Yajun, a senior official at the Communist Party, as a new ambassador to North Korea as soon as Pyongyang eases its border restrictions. Wang has worked at the Chinese Communist Party’s International Department for five years. He has accumulated his diplomatic experience mostly in Europe, and he has also met South Korean officials on some occasions.

In line with North Korea’s appointment of a trade expert as ambassador to China, it appears Beijing is taking a reciprocal action. Wang is also considered an economic specialist. He has some connections with officials both in North and South Korea. A North Korean delegation led by Pak Thae-song, vice chairman of the Central Committee of the Workers’ Party, visited China in 2018. At the time, Wang greeted the North Korean guests himself. He also guided them to Chinese President Xi Jinping’s hometown of Xi’an.

Wang’s appointment, if confirmed, implies that North Korea and China will resume their economic cooperation, starting in border regions.

If China replaces its ambassador to North Korea, both countries will see a generational shift in their top envoys to each other. Ri Ryong-nam is 61 years old, 17 years younger than his predecessor, while 51-year-old Wang Yajun is 13 years younger than current ambassador Li Jinjun. The relatively young ambassadors reflect both countries’ determination to renew and reinforce bilateral ties.

A generational change in the diplomatic lines both in North Korea and China is definitely worth mentioning. It means the two countries will pursue a new relationship, especially in economic cooperation. In the Kim Jong-un regime, some of senior officials from the era of former North Korean leaders are still working. Now that the leader has solidified his power base internally, he probably wants to build new relations with China in a way he wishes by employing young officials. In particular, the appointment of the new ambassador to China indicates the leader’s strong determination to boost trade with China.

Trade between North Korea and China has shrunk since the former sealed its border with latter in January last year to fend off new coronavirus spreading fast in China. Diplomats residing in North Korea say that local citizens find it difficult to buy daily necessities and the country has a serious shortage of electricity. According to a recent report released by the Korea International Trade Association in South Korea, trade between North Korea and China plunged 80.7 percent to 539 million US dollars last year from 2.5 billion dollars in 2019. In this situation, the replacement of a North Korean ambassador to China clearly shows that Pyongyang is growing anxious about economic difficulties.

Last year, North Korean leader Kim Jong-un stressed the importance of economy many times, even shedding tears while mentioning the difficulties faced by citizens. In 2020, North Korea-China trade decreased a whopping 80 percent year-on-year. It is believed that North Korea is running out of raw materials now, as it cannot import them from China. That means North Korea finds it very hard to produce something internally. It is North Korea, not China, that closed the border. So, Pyongyang can’t blame Beijing for the production disruption. We’ll have to keep watching North Korea’s economic situation.

As the North Korea-China border still remains closed, it is uncertain when the new Chinese ambassador to North Korea will officially take office. But the two countries are expected to carry out bilateral cooperation projects quickly. North Korea, in particular, will likely depend even more on China economically, because sanctions against the North are unlikely to be eased even after the inauguration of the Biden government in the U.S.  North Korea and China have actually promoted bilateral friendship further in recent months.

North Korea held the eighth congress of its Workers’ Party last month. The Chinese government delivered a congratulatory message, even though a specific schedule for the event was not revealed. That is, both countries had shared the information about the closed-door event, signaling their close relationship. When North Korea celebrated the 75th anniversary of the Workers’ Party foundation in October last year, Chinese President Xi Jinping sent a congratulatory message to the North to demonstrate bilateral friendship.

As if reciprocating, North Korean leader Kim Jong-un sent a floral basket to the Friendship Tower in Pyongyang in October last year to commemorate the 70th anniversary of the participation of Chinese troops in the Korean War. The tower is a monument symbolizing friendly relations between the two allies. Kim also visited the cemetery of Chinese soldiers killed during the war.

Since the second half of last year, there have been a number of signs that North Korea and China were cementing their friendship.

According to China’s Foreign Ministry, Chinese Foreign Minister Wang Yi and his North Korean counterpart Ri Son-gwon exchanged New Year congratulatory messages on February 1. China’s Defense Ministry has also expressed its commitment to developing North Korea-China relations this year based on friendship between their top leaders. With a warm diplomatic breeze blowing in to the two countries, a change is anticipated for their border restrictions.

The border should reopen first before North Korea and China resume trade. The most important factor is, of course, whether the virus situation will be under control in North Korea. Once the situation stabilizes, North Korea will lose no time in loosening the shutdown of its border and resuming trade with China. Given the urgent situation in the North, the border restrictions could be eased within the first half of the year. I imagine North Korea hopes to reopen the border as quickly as possible.

After the inauguration of the Biden government in the U.S., China needs North Korea in order to take the initiative again in the North Korean nuclear issue. North Korea is also in desperate need of help from China to tackle its economic difficulties. That’s why analysts speculate that North Korea may reopen its border with China sooner or later, though in phases. Many different interests have already been entangled in inter-Korean relations as well as in North Korea-U.S. ties. On top of that, the South Korean government will also have to carefully watch how North Korea-China relations may unfold.