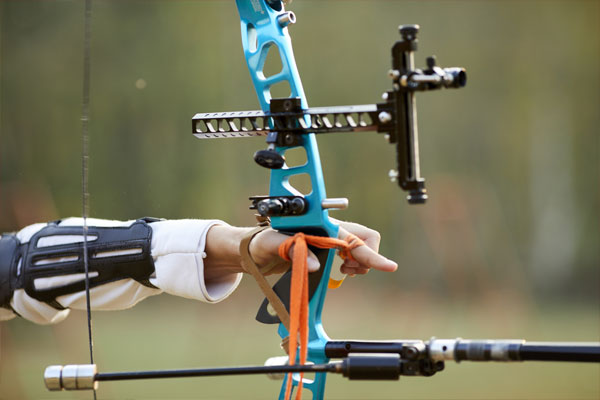 On December 6, the South Korean city of Gwangju was selected to host the 2025 World Archery Championships. Expectations are running high that the Gwangju event will serve as a venue for archery exchanges between South and North Korea.

North Korea joined the World Archery Federation in 1961, earlier than South Korea. In the North, athletes compete in archery events at national competitions including the Mangyongdae(만경대) Prize Sports Games in April. Apart from those games, archery competitions are held before traditional holidays every year to invite local residents and workers at enterprises.

North Korea issued archery-related commemorative stamps on the occasion of the 2016 Rio de Janeiro Olympics, reflecting the popularity of the sport in the country. It is also creating an archery field in the Wonsan-Kalma coastal tourist area under construction.

South Korea began to draw international spotlight for archery at the 1978 Bangkok Asian Games, where it won the silver medal in the women’s team event and female archer Kim Jin-ho claimed gold. The country brought to light its archery dominance once again at this year’s Tokyo Olympics by collecting four out of five gold medals at stake. North Korea has also won medals at international archery events.

North Korean archer Han Sun-hi(한선희) won the bronze medal in the women’s individual competition at the 1975 World Archery Championships in Switzerland. In the early 1980s, another North Korean female archer O Gwang-sun(오광순) performed well at international events in the Soviet Union and Poland. She even beat South Korean archers Kim Jin-ho and Kim Mi-young to grab the gold medal at the 1982 Asian Games in New Delhi, India.

After former leader Kim Il-sung died in 1994, North Korea went through the harsh Arduous March period and focused more on economic recovery. Also, Kim’s son and successor Kim Jong-il was more interested in culture, art, and film, than in sports, which were therefore put on the back burner. During the years of Kim Jong-il, no visible results were seen in sports events, including archery.

Current leader Kim Jong-un began to show interest in archery after he came to power. According to North Korean media, the leader visited the sports village in Pyongyang to watch archery matches and encourage athletes.

Under the rule of Kim Jong-un, North Korea paid attention to sports again with a goal of building a sports powerhouse. It established a new organization called the State Physical Culture and Sports Guidance Commission to give full support to sports. North Korean archery began to show results again in 2014, when the country beat the U.S. and Ukraine in the women’s recurve team event in the Archery World Cup stage 1 in Shanghai. North Korean archers Kang Un-ju(강은주) and Pak Yong-won(박용원) took the silver medal in the recurve mixed team event at the Jakarta Palembang Asian Games in 2018.

At the eighth congress of the Workers’ Party in January this year, leader Kim Jong-un presented a goal of turning the nation into a sports power. Under the initiative, North Korea hopes to produce outstanding results at international competitions, just as it enjoyed a successful London Olympics in 2012, finishing 20th in the overall medal table.

Since South Korea is so good at archery, many are interested in bows South Korean athletes use. It is said that South Korean archers depended on Japanese and U.S. bows until the 1996 Atlanta Olympics. Since the 2000 Sydney Olympics, however, they have used domestically made bows, as South Korea invested in bow development in earnest. At present, South Korean bows are used worldwide.

40 percent of archers participating in the Tokyo Olympics this year used the “WIAWIS” brand of bows made by Korean sports equipment maker Win&Win. In 2017, the company manufactured the world’s first bow made of graphene, which is described as a dream material. Grapheme-based bows are 40 percent more shock-absorbent and vibrate less than carbon fiber bows. Many archers now use the superior graphene bows over carbon fiber ones.

North Korea has made great efforts to foster archery as a promising sport. Scientific methods have been introduced in the sport since Kim Jong-un’s field inspection in 2014. On January 13, 2017, the North’s official Korean Central News Agency reported that an exhibition of sports science technology showed a remarkable development in archery equipment. It mentioned that the country was producing its own arrows and bow parts. But it has not been confirmed yet that North Korean archers use home-developed bows at international competitions. It seems North Korea still lags behind South Korea, in terms of technology applied to archery equipment.

Archers in South and North Korea have participated in the same international events quite often, but there have been no particular archery exchanges between the two sides. There are some high expectations that the Gwangju World Archery Championships in 2025 will provide an opportunity to archers from both Koreas to get together.

Following the Gwangju World Swimming Championships in 2019, the South Korean city is dreaming of successfully playing host to international sports events, including the 2025 World Archery Championships. As a city upholding the spirit of democracy, peace and human rights, Gwangju hopes to invite a unified Korean archery team in 2025. I think the archery event will greatly contribute to expanding inter-Korean exchanges through sports. South and North Korea could carry out archery exchanges at low level, like joint archery programs for teenagers, until 2024. They could then conduct higher level cooperation by fielding a unified Korean team or inviting North Korean archers to competitions to be held in South Korea.

Gwangju City is home to a number of prominent South Korean athletes including Seo Hyang-soon, who won the gold medal in archery at the 1984 LA Olympics to become the first South Korean woman to win an Olympic gold. We hope a new legend will be created in archery of both South and North Korea at the 2025 World Archery Championships.