Brave Girls are finally back with a new song < Chi Mat Ba Ram >, after the legendary “Rollin’ phenomenon” which went viral around the whole country. Since < Rollin’ >’s popularity was enormous and its hit was such unprecedented, a number of K-POP fans have awaited their comeback with a new track. Here they are with their 5th Mini Album < Summer Queen > which will burn our hearts along with the hot summer. The title track < Chi Mat Ba Ram > is a tropical house music with addictive melodies which represent 2000s-2010s K-POP and Brave Brother’s song writing style. 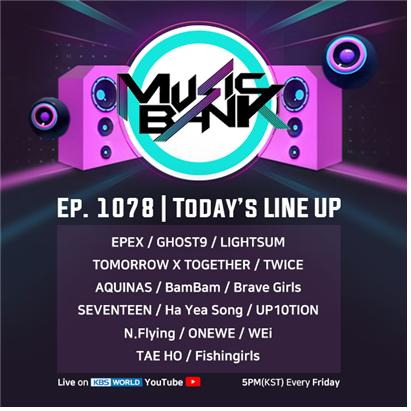 SEVENTEEN, one of the most renowned K-POP boy groups, is also coming back with their 8th Mini Album < Your Choice >. The title track < Ready to love > is an R&B based pop music with emotional melodies. In particular, the songs were not only written by WOOZI and BUMZU this time, but HIVE’s production team including “hitman”bang also participated in the production of the album.

Last but not least, BamBam debuts as a solo and opens up the second chapter of his career, after he parted ways with GOT7. The title track from his 1st Mini Album is called < riBBon > and it sends the messages of hope along with the stories of Zeus and Pandora from the Greek mythology. Attention is paid on the solo artist BamBam that shall be differentiated from GOT7’s youngest rapper BamBam.