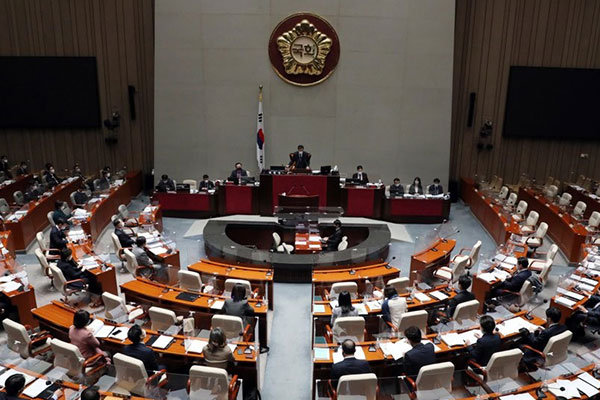 The National Assembly on Thursday passed a supplementary budget bill worth 15 trillion won that aims to help those struggling during the COVID-19 pandemic.

The parliament held a plenary session to endorse the bill, in a vote of 242 to six with eleven abstentions.

The supplementary budget is aimed at financing the government's fourth round of COVID-19 relief payments, totaling 20-point-seven trillion won, to bolster small businesses and vulnerable groups.

Almost half, or seven-point-three trillion won, of the extra budget will be allotted for small businesses and the self-employed that were negatively impacted by the epidemic. Two-point-five trillion won has been allocated for emergency job measures.