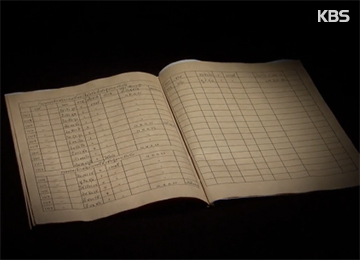 A register has been discovered that appears to list the names of Korean sex slaves for Japanese troops during World War II.

KBS investigative journalists obtained the exclusive find at the National Archives of Thailand.

The list includes 463 Korean female prisoners of war and 29 young POWs who appear to be their children. They were detained at a prison camp in Ayutthaya, Thailand from October 1945 to April the following year.

The register, which was drawn up in both Thai and English, is part of a recently declassified document of the Thai military's supreme command.

It is the first time the names of hundreds of Korean victims of Japan's wartime sex slavery have been discovered on an official document of a third country.

The 29 child POWs ranged from one to six years old while four of them are recorded to have been born at the prison camp.

The women's occupations are recorded as nurse's aides but this is believed to have been fabricated to conceal the existence of wartime brothels.

It has previously been confirmed that the Japanese military, following its defeat in the Second World War, ordered naval troops stationed in Southeast Asia to change registries of sex slaves to read “nursing aides.”

It has been confirmed that the newly discovered list includes a woman who is officially registered as a victim by the South Korean government.