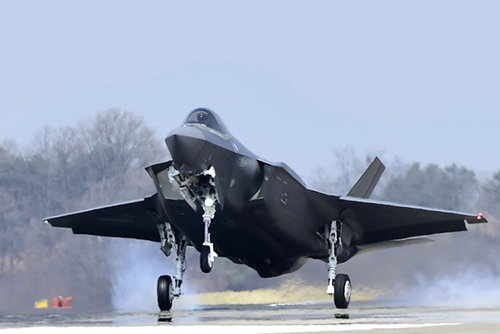 The North's propaganda Web site "Uriminjokkiri" said on Sunday that the introduction of the fighter jets is a hostile act that escalates military tension on the Korean Peninsula, and an outright challenge to peace-building efforts.

It added that South Korea should ponder the catastrophic consequences of the jet's introduction, which runs counter to inter-Korean declarations and military agreement.