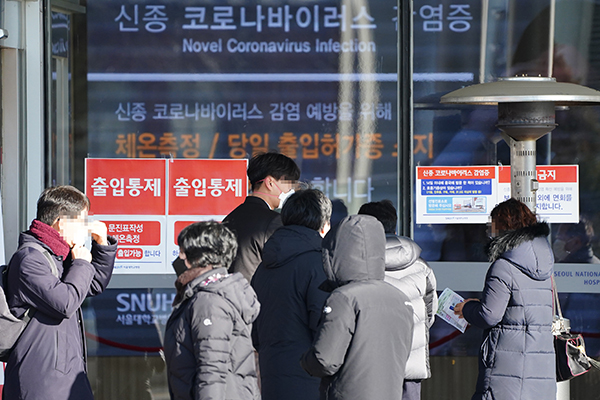 The number of confirmed novel coronavirus infections in South Korea has risen to 28.

The quarantine headquarters of the Korea Centers for Disease Control and Prevention(KCDC) on Tuesday reported the 28th confirmed case, a 30-year-old Chinese woman who is an acquaintance of the third confirmed patient.

The latest patient tested positive for the coronavirus while being self-quarantined in her home. She has now been put in isolation in Myongji Hospital in Ilsan, Goyang, northwest of Seoul.

The third patient, a 54-year-old South Korean man living in the central Chinese city of Wuhan at the disease’s epicenter, arrived in South Korea on January 20th and was diagnosed with the virus on January 26th, four days after showing symptoms. He has been under treatment at Myongji Hospital since then.

The third patient was found to have come into contact with a total of 16 people before testing positive and only one of them, the latest patient, had been quarantined.

As of Tuesday morning, three-thousand-601 people have displayed symptoms, including two-thousand-736 people who tested negative for the virus. Checkups are underway on the remaining 865.
Share
Print
List