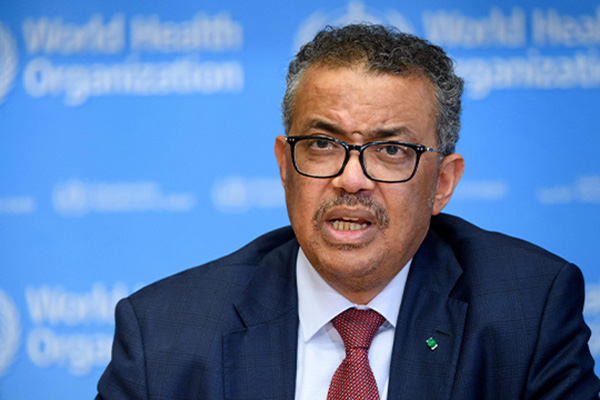 Anchor: South Korea is struggling to tackle a new coronavirus cluster head on, less than a week after it eased social distancing. But the World Health Organization(WHO) has expressed its confidence in the country’s ability to handle the resurgence of cases. Other countries, meanwhile, are considering whether to lift their own lockdown measures.
Kim Bum-soo reports.

Report: The head of the World Health Organization(WHO) has expressed confidence that South Korea will be able to handle the recent resurgence of COVID-19 related to a nightlife district in Seoul.

[Sound bite: World Health Organization Director-General Dr. Tedros Adhanom Ghebreyesus (English)]
"Over the weekend we saw signs of the challenges that may lie ahead. In the Republic of Korea, bars and clubs were shut as a confirmed case led to many contacts being traced. In Wuhan, China the first cluster of cases since their lockdown was lifted was identified. Germany has also reported an increase in cases since an easing of restrictions. Fortunately, all three countries have systems in place to detect and respond to a resurgence in cases."

The remarks came as a massive contact tracing campaign is taking place in South Korea to locate those who visited nightclubs in Seoul's Itaewon during the long holidays that ended in early May.

During his daily video briefing on Monday, Dr. Tedros Adhanom Ghebreyesus underlined that a slow, steady lifting of lockdowns is key to protecting lives and stimulating economies.

[Sound bite: World Health Organization Director-General Dr. Tedros Adhanom Ghebreyesus (English)]
"The good news is that there has been a great deal of success in slowing the virus and ultimately saving lives. However, such strong measures have come at a cost and we recognize the serious socio-economic impact of the lockdowns which have had a detrimental effect on many people's lives. Therefore, to protect lives and livelihoods, a slow, steady lifting of lockdowns is key to both stimulating economies, while also keeping a vigilant eye on the virus so that control measures can be quickly implemented if an upswing in cases is identified."

In an effort to restore daily routines and economic activities, South Korea eased its strict social distancing campaign on Wednesday last week, right after the holidays.

However, authorities suspect personal hygiene and quarantine practices were beginning to be neglected before that.

Over four-point-two million people have been infected in the global pandemic and more than 287-thousand have died due to the virus.