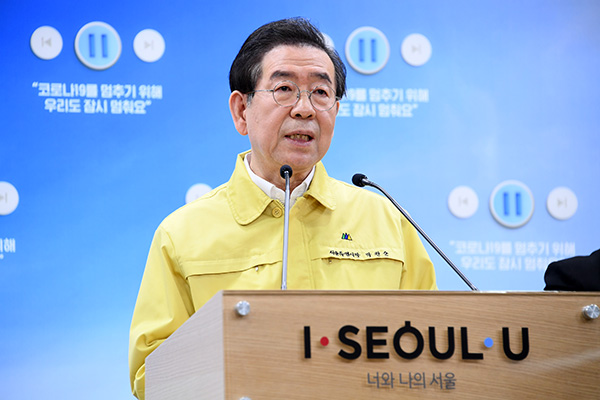 Police and city government are searching for Seoul Mayor Park Won-soon, who has been missing since early Thursday.

Police said on Thursday that they received a report of Park’s disappearance from his daughter at 5:17 p.m. She said her father has not been reached since he left home four or five hours earlier, reportedly after he said something that sounded like last words.

Police have mobilized two police squadrons, drones and search dogs to find him.

The Seoul City Government said the 64-year-old mayor did not come to his office in the day after saying he did not feel well, adding it is trying to confirm his status.

Earlier in the day, the municipal government made a public notice that Park had canceled all appointments for the day due to an “unavoidable situation.”

His mobile phone was turned off as of 6 p.m.

The third-term mayor had not been implicated in any known political scandal in recent days, leading some to wonder why he may have disappeared.
Share
Print
List