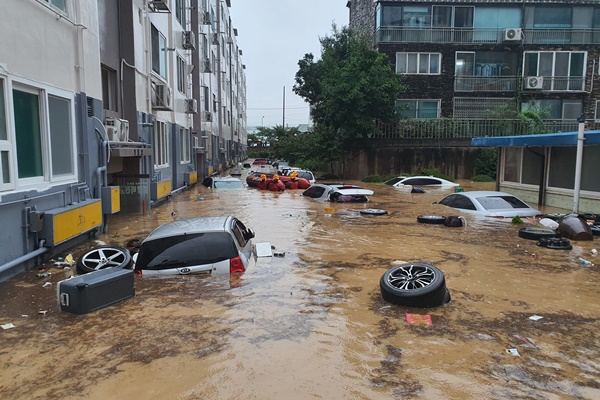 Heavy downpour is pounding the central region on Thursday, with heavy rain alerts issued for parts of Chungcheong Province.

Heavy rain warnings are in place for Sejong, Daejeon, Cheonan, Asan, Gyeryong and Nonsan in South Chungcheong Province, while heavy rain advisories have been issued for nine cities and counties in the province.

A flood alert has been issued for the Gapcheon stream in Daejeon City.

The weather agency forecast Daejeon, Sejong and parts of South Chungcheong Province will see up to 200 millimeters of more rain until Friday morning.
Share
Print
List